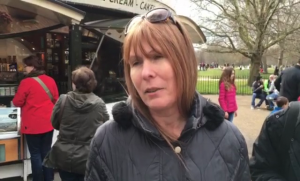 Clare was born in Sarawak and she has every right as any other Sarawakian, to talk about what happens in Sarawak today; To be concerned. To be worried by events there. To share her views with you.

Clare is the founder and editor of Sarawak Report, and co-founder of Radio Free Sarawak, together with Peter John Jaban, aka Papa Orang Utan.

She is named by New York’s Fortune magazine, as one of ‘The World’s 50 Greatest Leaders’ for her role in the exposure of the 1MDB scandal.

Her investigative journalism on land grabs, injustice, and corruption in Sarawak shames the corrupt BN government of Malaysia.

She may be hated and hunted by the Malaysian authorities, but she remains a source of inspiration to Sarawakians and Malaysians worldwide and at home.

In the video above, she gives her views on the Sarawak State Election 2016.