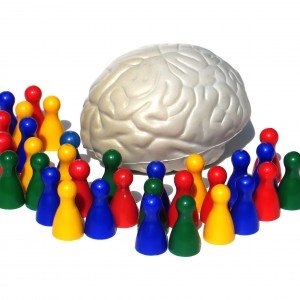 Your behaviour is being manipulated, on a daily basis by the government. If you donâ€™t believe me, just look around you and use the five points below, as a guide.

These stimuli undermine your ability for independent thought. They include government slogans, national songs, and propaganda, which have been doctored to present the failures of the government, as successes.

The modern â€˜mata-mataâ€™ (CCTV) watches you from every corner, office block, room and road junction. You are told that the CCTVâ€™s monitor crime. We have millions of CCTVs but our crime levels are still high. So why were CCTVs unable to tell us what happened in the moments leading up to the mysterious deaths of TBH and Ahmad Sarbani?

When you visit a developed country, there are no official portraits of the PM in shops or government buildings. In Malaysia, these portraits remind you of the PMâ€™s partyâ€™s (ie Umno-Baru) greatness.

Our children are being indoctrinated from an early age. The bright ones are specially selected and housed in boarding schools, so that the state has 24-hour access to their minds. It is not just the BTN which is used to corrupt behaviour.

Individualism is not tolerated and to control you further, the sexes are not allowed to mix and mingle freely. The pent-up frustrations and anger in our youth are channelled into groups which are ordered to attack members of the Opposition – the enemies of Umno-Baru.

As a last resort, when the government finds that it cannot take over your mind, they will accuse you of being â€˜a communist threatâ€™.

People who appear to be disloyal and support the Opposition will find themselves transferred, demoted or charged, especially if they are in the civil service.

Those who ask too many questions may receive a visit from the Inland Revenue Board officers. Their lives will be turned upside down.

Those who are businessmen will be denied the chance to tender for government contracts.

Opposition politicians who are perceived as a threat to the ruling party, will suddenly find video tapes, in which actors, who resemble them, performing unnatural sex acts.

Physical violence will be used to punish dissenters. The aim is to make people feel afraid. The rakyat will be conditioned to associate disloyalty to the party with physical pain. Umno-Baru and extremist Malay thugs who use violence on Opposition members or the rakyat, escape scot-free. In some cases, no charges are brought against them despite their threats of burning buildings down.

The government has conditioned the Malays to feel that they are the victims, and that the non-Malays are their aggressors.

School books and government reports have been re-written to reflect Umno-Baruâ€™s existence. Umno-Baru shapes what people should believe. They do this by the removal of photographs, documents and records of the past. In Kedah, archaeological sites are removed to prevent the rakyat from learning about Malayaâ€™s rich history with Hinduism.

When past records are changed, the present can be controlled and Umno Baru can act freely to justify its power.

Umno-Baru uses the most advanced technological aids like CCTVs, identification papers and cards to monitor the peopleâ€™s movements.

Fifth. LANGUAGE as a means of CONTROL.

We use language to express ourselves. When this is controlled, we are prevented from expressing ourselves freely, or from having dissenting thoughts or feelings of disloyalty. Laws punish us if we use certain words to describe members of society, because these words are considered â€œsensitiveâ€. This is how the government controls the use of language.

The Internet encourages people to express their thoughts, and the government punishes people who show disloyalty by prosecuting them with specific laws like the Sedition Act.

Ask yourself: Why do the members of royalty, ministers, Umno-Baru politicians and their cronies, send their children to international schools and then to boarding schools and universities overseas?

The vicious cycle repeats itself, when their superior educated children return and lord it over our children, who only received bog-standard education.

You can help change your childrenâ€™s future for the better, by taking charge of your life, now!