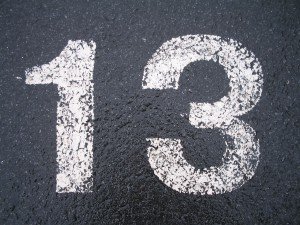 Right now, 13 people are languishing in prison. Most of them are the breadwinners of their families. Without them, their families will face hardship. Many of their children are still young, a few are disabled.

Their crime? They stood up for their democratic rights. They tried to defend the Perak constitution. They took part in a peaceful sit-down protest on the road leading to Iskandariah Palace, in Kuala Kangsar.

So why should you care? Their punishment is especially harsh. Double standards are being practised. When 15 Umno-Baru members stormed into the Penang state assembly, in 2014, destroyed public property and threatened an assemblyman, the men only received a fine of RM1,500.

The Perak 13, received a 10 month prison sentence and were each fined RM5,000, which they can ill afford.

What led to this impasse? Three frogs had jumped ship to trigger the constitutional crisis. Instead of letting the rakyat decide, the powers-that-be bulldozed their will on the rakyat. The shock waves they created reverberate till today. The rakyat will never see its leaders in the same light. The seeds of discontent were sown on 6 February 2009.

What happened? The elected Mentri Besar Nizar Jamaluddin, in February 2009, had invited Malaysians to join him in Friday prayers at the Ubudiah mosque in Kuala Kangsar. They wanted to show their displeasure, that democratic principles had been swept aside in Perak.

MB Nizar spoke for the people when he requested that the Perak assembly be dissolved, and fresh elections be declared. The rakyat turned up from all over Malaysia to show solidarity for democracy. Their rallying cry was, â€œLet the rakyat decide!â€

Why were people arrested? The police, many of them armed told the crowd to disperse. The crowd refused and stayed put. When cries of â€œReformasiâ€ broke out, the police fired tear gas canisters into the crowd, which included many women, children and elderly people. Scuffles broke out and when tear gas was lobbed into the crowd, the people responded by throwing bottles at the police. Many scrambled into the mosque, choking from the acrid fumes, seeking refuge. One 10 year old boy was injured, his early experience of police brutality and democracy Perak style.

How did the rakyat feel aftewards? Perakians felt betrayed. Nizar was ousted and Zambry Abdul Kadir installed as MB. The man responsible for engineering the Perak coup d’Ã©tat, was Najib Abdul Razak.

The “Perak 13” are now paying the price for fighting a corrupt, dictatorial regime.

The twelve men and one woman who were arrested are being punished. The authorities want to show who is boss.

The “Perak 13” are ordinary people, just like you and me.

The “Perak 13” made a stand, which is more than the majority of the rakyat have done.

The “Perak 13” sacrificed their freedom to fight for true democracy and reforms. The least we can do is donate towards the upkeep of the children of the “Perak 13” while their parents are in prison.

The “Perak 13” have done their bit; it is now our turn to show our gratitude.

Please give generously. Thank you.