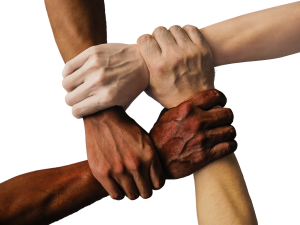 Yin says: Going by the debate that is still raging on – that fence-sitters (dissenters) should set aside their principles and vote for Pakatan Harapan (PH) or at least participate in GE14 instead of abstaining, one gets the impression PH realises that they will make the difference between toppling UMNO/BN and another 5 years of Najib.

New groups such as ‘RosakUndi’ have emerged to argue for abstaining. On the other side you have G25 the influential Malay group, and public figures like Ambiga Sreenevasan telling us to do our duty.

What about national unity?

In all the arguments for voting PH, I have not heard anyone talk about the need for National Unity – which is really the core of our problems. None of them want to deal with the elephant in the room. The pro-voting argument would probably go something like this : 1. This is not the time to bring up national unity which entails equal citizenship. 2. Let’s get rid of UMNO/BN first  3. The Malays are not ready for it.  4. The process of reconciliation or national unity must be a gradual process and it will take time.

Of the above, only 4 is credible. Yes, after half a century, it will take time to undo the damage. But we must start somewhere. Post Tunku every successive PM has exploited ‘race and religion politics’. Fifty years of institutional racism is enough. If we do not begin to deal with it now, when? The “Malays are not ready for it”. The Malays will never be ready for it if you keep mollycoddling them. Yet PM after PM despite warning the Malays of being too dependent on “crutches” keep feeding them the drug of dependency so that the community as a whole has forgotten how to stand on its own feet, how to compete and be self reliant. Years of indoctrination by BTN that they are entitled to special treatment as they are the owners of the house – and the others are just guests, have etched this sense of entitlement in the Malay psyche. 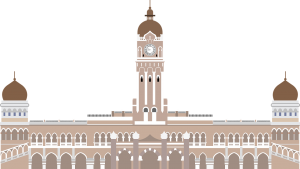 When will the Malay masses realise that their leaders are their worst enemies. Politicians who have exploited them for their own greed. Where the rich and powerful Malays have gained the most, so that the wealth gap between the rich and poor Malays grow bigger everyday.

So to say the Malays are not ready is a lame excuse. They will never be ready if we continue with the same policies.

The Malays are as smart as anyone else and with a hand-up instead of hand-outs, can make it on their own. We only have to look across the causeway.

Yet the fears of the poor Malays is real. They will be left behind if there is a free for all – not just against the other races but also against the Malays with connections. But a colour-blind affirmative action policy targeted at helping the poor Malays as well as the others, and properly implemented will go a long way to assure them that equal citizenship does not mean they will be “made extinct” as threatened by Mahathir Mohamad.

Zaid has been reported to have said the Malays are a tolerant and welcoming people – very hospitable. I second that. But when told by kris-kissing leaders that the Chinese will steal from them if not for UMNO and who put themselves as the defenders of race and religion against those who dare question the rights of the Malays, then even the most tolerant and hospitable Malay will react.

Politicians should be stressing our commonalities instead of exploiting our differences. No one is born a racist or religious extremist, they have been conditioned by their environment – education, government policies etc.

Where is the new direction?

The reason why dissenters reject both UMNO/BN and PH is because neither are offering a new direction.

They both have leaders who are racists. PH offers to clean house but when the leader they choose has such a checkered record of  racial discrimination, abuse of power and financial mismanagement, do you blame the dissenters from abstaining from GE14? And don’t they think somewhere along the line ‘race and religion’ will crop up  to bite us if we don’t deal with it? Dissenters don’t want the same old same old . . . they are looking for a new direction, a fresh start.

We have been told to forget the past misdeeds of Mahathir; that is possible only if he is prepared to show that he will take the country in a new direction (actually the original direction of the 1957 Constitution).

If only PH will declare that their Government will work for National Unity. Why has it not? Don’t say it’s a matter of strategy to still play the race card – it won’t wash.  Anwar Ibrahim in his speeches in the Malay heartland preached a colour-blind affirmative action policy and yet he won the popular vote. Malays are not racist, they just want to be assured that they will not lose out. In a Malaysia where all citizens are equal and where every community (especially the poor) is safeguarded, the only people to lose out will be racist politicians and their cronies.

SHOW US A NEW DIRECTION. TELL US HOW THE NEW GOVERNMENT WILL WORK FOR NATIONAL UNITY AND A FAIRER MORE EGALITARIAN MALAYSIA  AND PH WOULD GO A LONG WAY TO CONVINCE THE DISSENTERS TO VOTE FOR IT.

PH must show that it is truly different from UMNO/BN, a change of clothes is not enough if there is no change of heart! If PH can show that; even with Mahathir as the PM designate, the dissenters will probably be willing to take a chance.

GE14 is a golden opportunity for our country to come together, cleaning house is fine but it means little if we remain a divided people.

If we really want to rebuild Malaysia then do it properly, not paper over the cracks or build on a rotten foundation. The dissenters understand that.