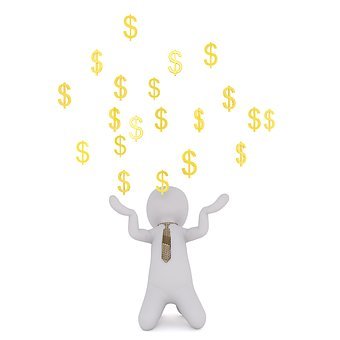 Yin: I know of no country where bootlicking has been developed to such a fine art. We must be the gold medalist of ‘Ampu’. It’s almost part of our national culture – it will be, if we don’t stop it.

Bootlicking is big business. Imagine the millions of ringgits that are spent on advertisements in our print media, congratulating so and so on being awarded a Datukship. And if it is a Tan Sri, the advertisement is bigger. If it is royalty, it will probably have a special supplement!

Deaths elicit the metaphorical “hair pulling and breast beating” spread across several pages – depending on how important the person was. But of course, never as grand as those of ‘congratulations’ – after all the guy is dead and can no longer grant favours.

But it’s not only occasions of ‘awards and death’; even if a VVIP or Royalty declares a factory open, the next day’s paper will be full of “Thank Yous”. Queen Elizabeth gets only a simple ‘thank you’ letter when she graces any event. Poor Liz she doesn’t know what she is missing.

When it comes to “ampu”…

But such displays of bootlicking do not end there. Our imagination works overtime when it comes to ‘ampu’. For instance, the theatre in the Perak Cultural Centre has a special permanent enclosure – not unlike a goat pen – where only the Sultan and his entourage can sit. Even if they do not attend a single event for years (no one can recall when was the last time Tuanku graced an event there).

Is it to protect us from him or vice versa? I know of a rehabilitation centre where a special room is kept for royalty. I think it has not been used since the opening, yet it is kept exclusively for him. What a waste of money. I am sure Tuanku did not ask for all this, but obviously someone is determined to ‘ampu’.

They did not stop at ‘special enclosures’, or rooms. Our major roads have been renamed, history rewritten in the course of ‘ampuing’.

Contrast this to the Netherlands.

Queen Beatrix cycles around on her daily business in Amsterdam. People treat her with politeness and decorum but never fawning and subservient.

The queen’s birthday is celebrated with a sort of national giant car boot sale throughout the country, with the money going to charity. Why can’t we do that?

Apparently Europeans have cast off their feudal mentality, something many of us still cling to . . . proudly in many cases.

In Perak, bootlicking has reached such heights that they even built a resort – complete with a convention hall–in the middle of nowhere – to honour a kampung hero who was a relative of one of our MBs.

Someone decided that the then Menteri Besar’s purported ancestor, who was said to have speared an unpopular British Resident (BR) when he was bathing, should be honoured.

The fact that the BR was stopping petty rajas from collecting toll along the river, and putting the revenue back in the state coffers, has been lost on these people.

Think, if the government takes back the toll roads . . . who was the PM who negotiated the deal that gave his cronies the licence to print money? Hint: the same one who gave his cronies the deal for power supply when TNB could do it cheaper, and who bought back MAS shares at more than double the market price, but I digress . . .

Anyway, killing someone when he is naked and defenceless isn’t exactly very brave is it? Even then, it was rumoured that it was a Sakai (as Orang Aslis were referred to then) who did the spearing – on the instruction of his boss.

So he didn’t even do the dastardly deed for which he is honoured. This grand exercise of currying favour costs Perakeans millions. The resort is now one of our many White Elephants.

Why do we do it  – this ‘menjilat’? I am sure other countries also have it, but surely not to our level?

Is it the feudal mentality that many of us have? Our awe of the rich and powerful, the titled? It’s like a psychological crossed-wire . . . come to Tanjung Rambutan (TR), we will tell you.

I suggest these people donate to charity in the name of the person they want to ‘ampu’. That way they still get their brownie points but some needy cause also  benefits.

It is good that we retain our culture of politeness and respect, but ‘sopan santun’ is not ‘ampu’.