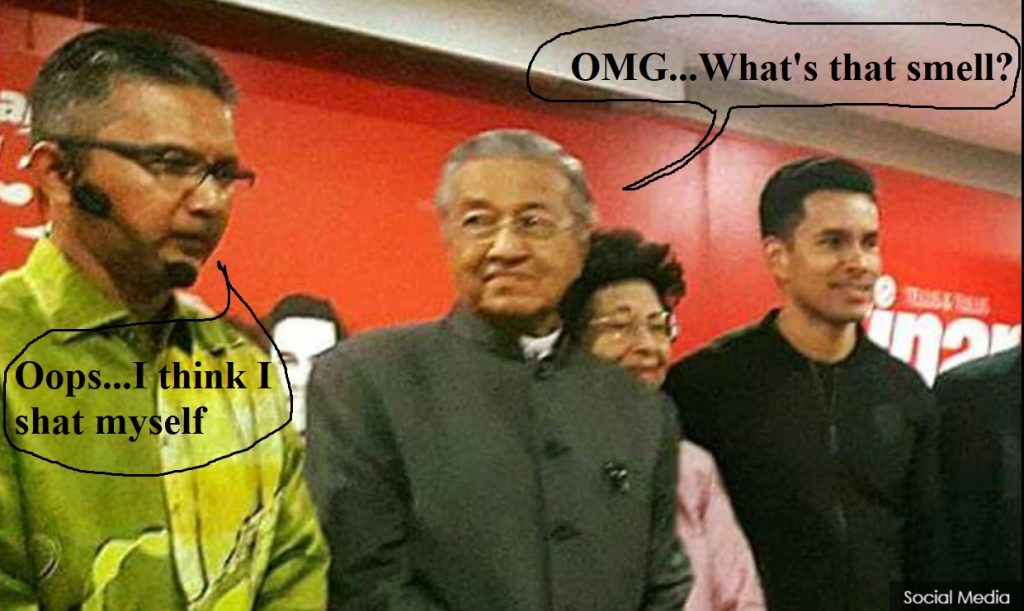 Political analyst, Professor Kamarul Zaman Yusoff, denied that he felt intimidated by Dr Mahathir Mohamad, when the former PM, turned up to listen to what the panel members had to say, about him being too old for the post of the PM of Malaysia.

Overnight, various memes appeared on social media to mock the professor. No amount of sedition laws, MO1/FLOM generated laws or even fake news laws will stop Malaysians being creative.

An excited Kamarul was in full swing at the beginning of the talk, that you could not get a word in edgeways.

Then comes the bombshell…Dr Mahathir walked in, accompanied by his wife, Dr Siti Hasmah. Both were given front row seats and sat facing Kamarul.

The shell-shocked Kamarul was so stunned, that he simply stared into space, whilst everyone around him was excited.

Ants in his pants

Later, when the discussion continued, Kamarul looked as if he had gone through a personality change.

Contrast his body language during the second half of the talk.

Before Dr Mahathir arrived, he appeared confident and full of beans.

Afterwards, he was incoherent and his voice was high pitched and shrill. He kept squirming in his seat, not sure whether to sit still, sit back, slouch, stand-up or sit ramrod stiff.

He could not relax but kept shifting as if there were ants in his pants.

Kamarul: “I did not wet myself…”

The following morning, a furious Kamarul said, “There are widespread allegations on social media accompanied by photos which portrayed me as being meek by his side, as though I had peed myself in fear as soon as Mahathir arrived at the forum. This is untrue.”

Oops! The less detail about his waterworks, the better; but may we recommend a good product for future lectures?

Perhaps, his general practitioner can prescribe TENA products, which can contain drips, dribbles and extreme leakages.

TENA, for the active professor on the go. Every pro-Umno-Baru professor should use one. 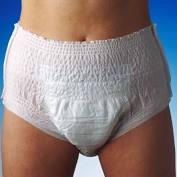