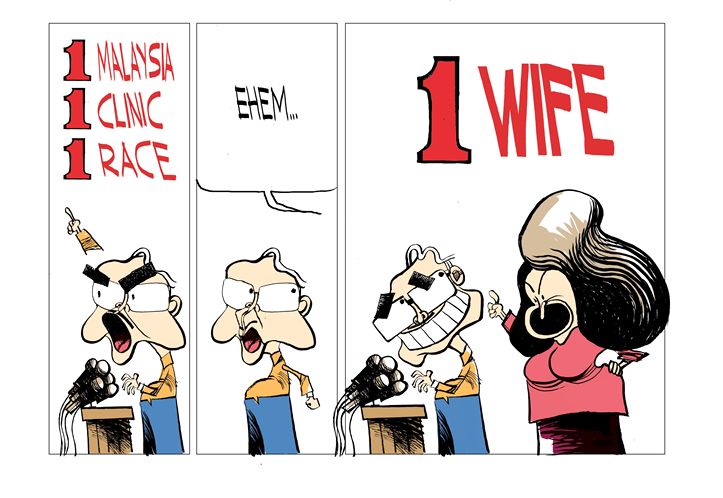 There are two sorts of wives in Malaysia. The first sort is normally found in Putrajaya, the WAM or “Wives and Mistresses” of high-profile career politicians.

The second type of wife is more common in the east coast states of Malaysia. (Actually there is a third sort of wife, the ordinary woman who is neither a WAM or a put-upon wife.)

I. The Putrajaya wife: The WAM.

You’ve heard of WAGs, which  is an acronym for “Wives And Girlfriends” of high-profile professional athletes, but in Malaysia, WAMs is a more appropriate term, i.e. “Wives and Mistresses” of high-profile career politicians. More often than not, mistresses soon become second, third or fourth wives.

The title Datin is officially reserved for No. 1 wife, but in Malaysia, most hubbies do not want to upset their  favourite wife, usually the No.4. Hubby will not stop her from using the title “Datin”, lest there is hell to pay. 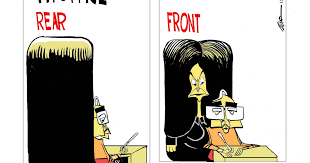 How to spot a WAM:

Easy. Just listen to them talk.

Save, not spend: Most teenagers spend money, like there is no tomorrow but there are a few WAMs who break the trend They are  financially savvy and whilst in their teens, will save enough money to buy multi-million ringgit gems, which even Elizabeth Taylor would envy. 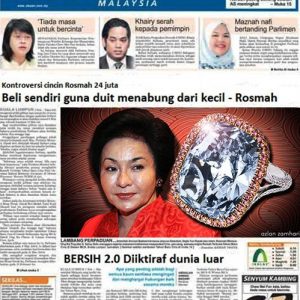 Personal grooming: These WAMs usually boast that they have no income and at the same time, lament that they are unable to afford their RM1,200 hair-dressing fee, or the tailor’s RM500 charge, for the beautiful clothes they must wear to attend functions. 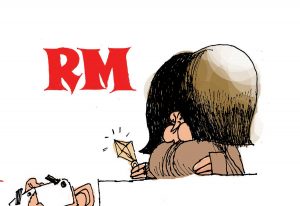 Shopping experience, local: To keep their WAMs happy, minister hubby will provide an escort and a driver.

Ordinary wives drive their kids to school, or when they go shopping, but WAMs probably do not not know that a car is driven by petrol, or that traffic jams exist. How come? Police outriders and in some cases, fake outriders clear the roads of traffic, for WAMs to reach the shopping malls quickly. 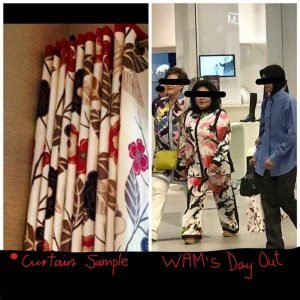 Shopping experience, overseas: Shopping outside Malaysia? No problem. A special jet is on standby, to whisk the WAMs away.

You and I must make do with 30 or 50 kg of baggage in the airline baggage hold. WAMs have the belly of the plane to load-up with their shopping. Bliss! 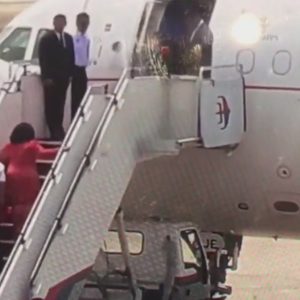 Perks: Some WAMs get recognition without playing a thinking role in hubby’s ministry. Enterprising WAMs, will nag hubby for business cards which read, “Spouse-Minister”. Hubbies who are junior ministers need not worry. There are many shops in Putrajaya or KL which will churn out any business card, for the enterprising spouse. Malaysia is still famous for its counterfeit goods, including cards. 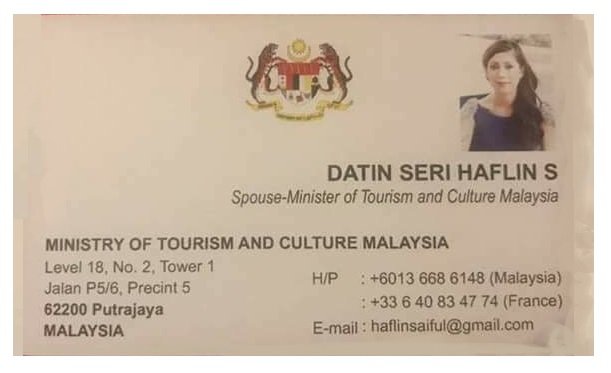 Name dropping: Some WAMs claim that they know other royalty and heads of state. When trouble flared in Egypt’s Tahrir Square, in 2011, one WAM used her first-name-terms-friendship, with the King of Saudi Arabia and organised unlimited flights to airlift Malaysian students from Cairo to Jeddah. Sometimes WAMs are more effective than the Minister of Foreign Affairs.

Olympic mascot: WAMs are also national team mascots. When Lee Chong Wei qualified for the badminton finals in the London Olympics, in 2012, the WAM team mascot was at the match to cheer him on, or  to console him if he were to lose.

Any Malaysian athlete who wants a WAM as his personal mascot, must make sure that he is the best in his field. Second best or virtual unknowns need not apply. When Lee lost, the WAM flew home to KL and missed the performance of diver, Pandelela Rinong, who scored an Olympic bronze, a first for Malaysian women and diving.

Representative of the nation: Some WAMs are a bonus to their overworked hubbies. One dedicated WAM was prepared to put aside her own needs and represent Malaysia at the talks in the middle east.

How many wives are prepared to spend long hours  on a plane, address a third world audience, and take part in boring discussions, on behalf of the nation?

When things go wrong: Are many WAMs involved in the day-to-day running of their hubbies ministerial duties? The same also happens for politically appointed chairmen of GLCs. Recently, a chairman of a GLC was called in for questioning by the Malaysian Anti-Corruption Commission (MACC), for alleged misuse of power. His  wife was also questioned. The expression, “the power behind the throne” applies to GLC chairmen too. 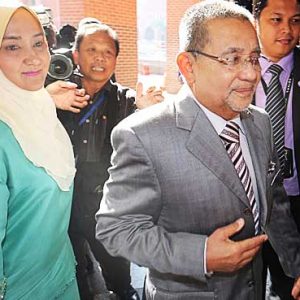 There appears to be no sexism in Malaysia. A former minister for Women was allegedly implicated in the National Feedlot Corporation (NFC) abuse of taxpayer’s money. The minister’s hubby was livid, that he had allegedly accused of using taxpayer’s money to buy luxury condominiums, instead of helping cattle farmers. The other thing we want to know is this: Did he possess a “Spouse-Minister” card?

Entertainer WAM: This WAM was so good, that she sung for the Prince of Monaco.

II. The second sort of wife

This is the type of wife, which most conservative clerics desire. In 2015, the Terengganu Menteri Besar, Ahmad Razif Abd Rahman,  said that the state government would reward families with many children. He said, “…we want a mother to deliver more than 12 children.” To be fair, he was worried about insufficient manpower to fill jobs in the state. His cure was for women to start breeding.

The PAS Ulama information chief, Dr Mohd Khairuddin Aman Razali At-Takiri said that too many households were breaking up, and the increasing number of divorces among Malays was evidence that the family institution was growing weaker. Wives must stay at home!

Not a word was said about the men’s infidelity and how they were keen to get younger wives as they grew older!