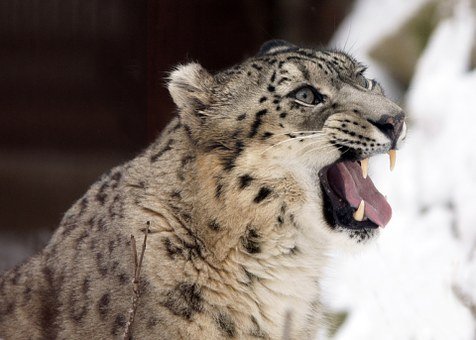 The leopard cannot hide its spots. It’s the same old Dr. Mahathir Mohamad – back with a vengeance. Already in his first ceremah he has shown his true colours.

Former PM, Mahathir allegedly said he will “summon” Attorney-General, Apandi Ali. “I am not a lawyer but I know what he did is a crime” And further down the road he said “But for us to know this we must forget the past”.

In Mahathir Speak it means: It’s alright to charge an apparatchik but first you must forget all the wrongs I have allegedly done in the past.

Does this mean we also forget Najib Abdul Razak’s alleged wrongs? Probably not, he will no doubt define the past as excluding his premiership.

So once again we kill the ikan bilis but let the ikan yu go free.

Then he criticized Najib for putting 1MBD under OSA. Who created OSA and used it again and again to prevent his deeds from being exposed?  Now he has the gall to condemn Najib for using it. Mahathir speaks from both sides of his mouth at the same time.

And how does this tally with many DAP legislators who told me that past misdeeds will be investigated. “Even Mahathir’s?” I asked. “YES” was the emphatic reply.

Do you think this is ever going to happen? NO! I don’t think Malaysians are so dumb. DAP is already speaking like Mahathir – obviously the disease is contagious.

At various times Mahathir has said former Opposition leader, Anwar Ibrahim, (the “man with no morals” and “unfit to be a leader”) will be PM and then he was purported to have said, there will be “no interim PM”. That the PM will be named before or immediately after Pakatan Harapan (PH) wins. IF PH WINS!

So what is it to be? Anwar to be PM, or himself, seeing that Anwar cannot be PM in the immediate future, and as there is not going to be an “interim PM” therefore he will be PM. But if it is not going to be Mahathir, then who will it be?

A vote for Mahathir

By the looks of it, it will be Mahathir – A VOTE FOR PH IS A VOTE FOR MAHATHIR. And this, many Malaysians will not accept.

Lim Kit Siang may have conveniently brushed aside Mahathir’s past deeds against the nation but then Kit Siang has his own agenda and that is not necessarily the same as that of Malaysians.

If Mahathir and PH are genuine about wanting Anwar Ibrahim as PM, then they should make a statement that “ When PH is in government, it will immediately and diligently work to get a pardon for Anwar. This will be followed by a by-election to get him into parliament and available to be PM”.

Don’t hold your breath. This is not going to happen. Read the old man’s lips: There will not be an “interim PM”.

Voters have A RIGHT TO KNOW WHO WILL BE PH’S CHOICE FOR PM, BEFORE THEY CAST THEIR VOTE – NOT AFTER! Don’t sell us a pig in a poke.

Malaysians have been duped too many times. Well, for the past 60 years! BN lied to us again and again yet we keep voting for them. We are either too trusting, or we are morons. Look where our trust has got us?

Of course PH will say that it is a tactic, a strategic move not to name PH’s candidate for PM at this point in time.

If this is their thinking, then I fail to see how it is going to help them. Instead, it will raise a lot of questions in the minds of those undecided voters. Most will not want Mahathir if they can help it; but will accept him as the lesser of two evils. Some will never accept him. So it’s a lose-lose situation for PH.

What should Malaysians do? Some have asked.

Write to the respective PH parties (minus Parti Pribumi BERSATU Malaysia (PPBM)) to state your case:

(a) That you will not accept him under any circumstances

(c) That you accept him as the lesser of two evils, and only under protest

(d) That you wholeheartedly embrace him as PM.

(e) Nominate your choice for PM if it is not Mahathir.

This is the only way to convey our message to PH. They can choose to ignore the voters at their own peril.

DAP has prided itself on its CAT policy, so let’s see some transparency.

The lesser of two evils?

Which is worse; slit your throat or take poison? It’s not much of a choice either way, is it?

The “lesser of two evils” is not a choice. We don’t need to pick one evil or the other. We have options – even discounting Anwar. We have bright young leaders without baggage, clean skins, people with vision.

If France can vote Macron and Canada, Trudeau and shun the same old politics; why should Malaysians be so timid. Young Malaysians are the future of this country. Let them have a say. They can do no worse than the old dogs, probably better.

Even if Anwar becomes PM it will only be to train the new generation to take over eventually.

DAP, Amanah, PKR leaders lost their nerves when the goal is already in sight. They lack confidence in themselves that they can win without Mahathir.

PH had a winning hand (I think at least 70% chance of winning) without Mahathir. Then they drew a joker (when they need not have to) and now with the cards they have, I reckon they have only a 50/50 chance of winning.

I have said often enough, Mahathir will lose them as many votes as they hope he can win and I think this will prove to be so.

But this is not about Mahathir per se, it’s about our country’s future. If we can be guaranteed that Mahathir will make Malaysia better – not just “not so bad as Najib” then sure, even Mahathir. But that man’s record includes allegedly: losing 100 billion (according to Barry Wain) of your money, he is the architect of Cronynomics, he allegedly emasculated the judiciary, he allegedly entrenched institutional racism – it will take a book to recount his alleged misdeeds, so I will stop here. Oh, yes he did make us proud with his Malaysia Boleh slogan and a Book of Useless Records.

I am not advocating that you vote Najib–BN. Never.

But neither have we to accept Mahathir. In my book, Anyone But Mahathir, well anyone except Najib too. This country does not belong to Najib or Mahathir as if no one else can run it.

PH has to come up with a credible PM designate. We demand it!  If they can’t and they are so bankrupt of talent, then they don’t deserve to govern the country.