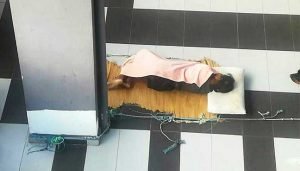 Indonesian, Adelina Lisao, who was allegedly abused by her employers, died in the Bukit Mertajam Hospital on Sunday 11 February 2018. She was only 21 years old. She had bruises on her head and face, and chemical burns on her limbs, which had become infected. The post mortem results showed that she was anaemic and had died of multiple organ failure. 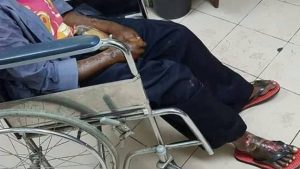 So many questions remain unanswered. Adelina’s fate could have been avoided, but as always, the faulty system and our inability to reach out, failed the victim.

We claim not to want to get involved, because it is someone else’s problem. In the end, it becomes our problem and it will not be resolved till our MPs pass laws to protect the rights of migrant workers, and the laws are enforced strictly.

Adelina’s mistreatment is not the first to have been highlighted. Maids have been beaten unconscious, starved, sexually abused, mentally abused, threatened, denied holidays and had their passports confiscated by their employers.

When will the government punish employers who mistreat and kill their maids?

A few months ago, the employers of a Cambodian maid, who died after being starved, received a paltry 10-year jail sentence. When she died, 24-year-old Mey Sichan weighed only 26 kilograms. Perhaps with good behaviour, her killers will be released early. The sentence is not a deterrent. 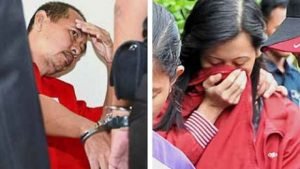 Why did it take so long to rescue Adelina? It was reported that she worked in a semi-detached house in Taman Kota Permai. It is not as if the house was an isolated bungalow, miles from the nearest neighbour. Shouting was heard every other day.

A neighbour claimed that Adelina had wounds on her hands and legs. It was reported that she had been seen sleeping on a torn mat, on the porch, with the family’s pet Rottweiler, for the past two months.

The neighbours alerted a journalist, last week, and he contacted Steven Sim, the MP for Bukit Mertajam. The Municipal Councillor, Joshua Woo, and his colleagues, went to check on Adelina, but her employers were uncooperative and told them to stop being busybodies.

Woo then lodged a police report, and the police ordered Adelina’s employers to bring her to the police station. Was this how Adelina was found to have been sleeping on the porch, for the last two months? Or had the neighbours known, for many weeks?

Was sleeping on the porch with the dog, a form of punishment?

Did Adelina not have a decent and private place to sleep?  Would she have been saved if her plight had been reported earlier?

She was treated like a dog. Was she also fed scraps? It appears that she was also denied medicine and medical aid.

It is disingenuous of the Indonesia consul, in Butterworth, Neni Kurniati, to claim that Adelina had not complained about her employer, for whom she had been working for the past three years.

Not all maids are treated with decency

This is the experience of some maids. Once the gates to the employer’s drive close, the maid is imprisoned. She has no contact with the outside world, unless her employer brings her for visits to a doctor or to the Consulate, to have her passport extended.

Is Kurniati out of touch with what happens in Malaysia?

Moreover, Kurnita should understand that the maid may not have access to a phone, or her phone may have been confiscated. How will she purchase a SIM card? How will she get to a post box, or post office, to mail a letter?

When Woo visited the house, to make his initial inquiries, the maid was too petrified to talk to him. Even the police were unable to speak to her, to find out what had transpired, because she was afraid.

Wouldn’t you be afraid, if some uniformed personnel questioned you, especially if your employer had warned you, that the police were going to lock you away, or send you home.

Workers who go overseas, so that they can send money to their families, may perceive deportation as the ultimate humiliation.

Two siblings in their late thirties and their 60-year-old mother have been detained. They deny abuse.

(* A dog’s life: An unhappy existence, full of problems or unfair treatment) 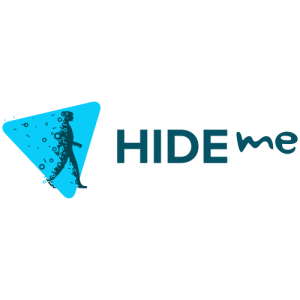