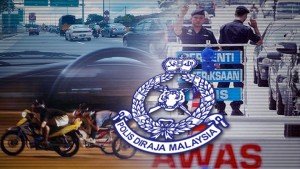 Last week, I celebrated the second anniversary of a special relationship with a man. He is a Tan Sri, an Umno-Baru man and very powerful. He probably thinks I am a â€œgood catchâ€. He has promised me membership of an exclusive club; for which membership cannot be bought! You may know this man, he is the IGP Khalid Abu Bakar. The exclusive club he mentioned is the Sedition Club of Malaysia.

In November 2013, Khalid accused me of writing a â€œhighly seditiousâ€ article called â€œOne Ideology, Two Reactionsâ€ which I have posted on my website Rebuilding Malaysia (http://www.mariammokhtar.com/one-ideology-two-reactions/). (The original was posted in Free Malaysia Today (FMT) on 29 November 2013)Â  Khalid should re-read the article. I am not responsible for his poor understanding of English.

If Khalid wants to apportion blame, criticise the Education Ministry for Malaysiaâ€™s bog standard education. Today, the former Education Minister, Muhyiddin Yassin has been sacked but when he was in power, he could have made a change, but was reluctant. His replacement appears clueless and sees Jews, demons, Anwar in every possible corner, causing mayhem (it is all in the mind but he does not think so.)

Under Najibâ€™s orders, Khalid apprehended ordinary members of the rakyat and detained them under the Sedition Act. Umno-Baru is on borrowed time. Anyone who shows dissent will be forced to join this exclusive club.

The message in my write-up was simple, and to save time, Khalid could have engaged the services of a competent translator. A good one charges between RM200 and RM400, for a one thousand word article, he could pass the bill to the government. Other ministers allegedly charge hundreds of millions of ringgits, for less worthy causes.

Here are seven reasons why Khalid is wrong to suggest that the article was seditious.

First. I am a co-lum-nist, not a com-mu-nist. Three letters of the alphabet make all the difference. It is not that difficult to understand.

Second. My article, â€œOne Ideology, Two Reactionsâ€ was a comparative study of two people. I did not praise the communists or communism.

Third. The article questioned the counselling which was promised to Aishah (the Malay woman in the article) but was denied the Penan victims of rape. Both are bumiputeras, but two standards of care were displayed.

Fourth. My observation was that the Malaysian government was trying to act like a â€œheroâ€, and be seen as the saviour of the ‘lost’ Malay girl, who had embraced communism in London. This â€œofferâ€ of help, was done primarily to show the Malay community that Umno-Baru leaders wanted to give Aishah a grand home-coming and rehabilitation. In other words, make a freak show out of her, and parade her as a reformed person. (Today, the news about Aishah’s allegedÂ  “controller”, the Singaporean Balakrishnan, the Maoist cult leader, is splashed across the UK papers.Â http://www.dailymail.co.uk/news/article-3335181/Maoist-cult-leader-75-accused-sexually-assaulting-two-followers-imprisoning-daughter-30-years-tells-court-worried-attacked.html

Fifth. The Metropolitan Police had not leaked the name of the Malaysian girl when the story was first published. Malaysian Ministers tripped over themselves, with offers of help. Khalid had released her name, to milk as much publicity as he could.

Sixth. Aishah gave them the two-finger salute and told everyone to leave her alone.

Seventh. With mud in his eye, Khalid chose to warn me, in a press conference, about my â€œhighly seditiousâ€ article. Hah! Khalid should not use others as scapegoats for his own failures.

Sedition is hanging like a dark cloud over Malaysia. If you happen to receive a knock on the door at midnight, take your cue from Zunar, the cartoonist. Only give your name, address and IC number, and only speak in the presence of your lawyer.

When Zunar refused to answer any questions, the police had a fit of pique, and decided to target the people who bought his books, instead. Invading peopleâ€™s privacy should not be at the top of the policeâ€™s list of priorities. The police are trying to kill-off Zunarâ€™s livelihood and harass the rakyat.

Khalid should stop being a lapdog for Umno-Baru. Instead of deciding the next candidate for membership of this club, he should focus on solving crime.

The real reason behind the upsurge in sedition charges is fear. Najibâ€™s incompetent government is losing its grip on the populace. It is afraid. Najib is frightened. Losing power will mean jail. When Pakatan gets to Putrajaya, Najib and other alleged criminals, will be prosecuted.

Today, our liberties are under threat from Najib’s National Security Council (NSC) Bill. You must reject it, write to your MP and community leader. Najib is using this bill to protect himself and his party. He will say it is for control of terrorist activity but we have enough laws to deal with a foreign or terrorist threat. Don’t let him fool you again.

Najib’s problem is that he refuses to listen to the needs of Malaysians! Unfortunately, the smell of fear, makes it difficult, for the government to think straight.