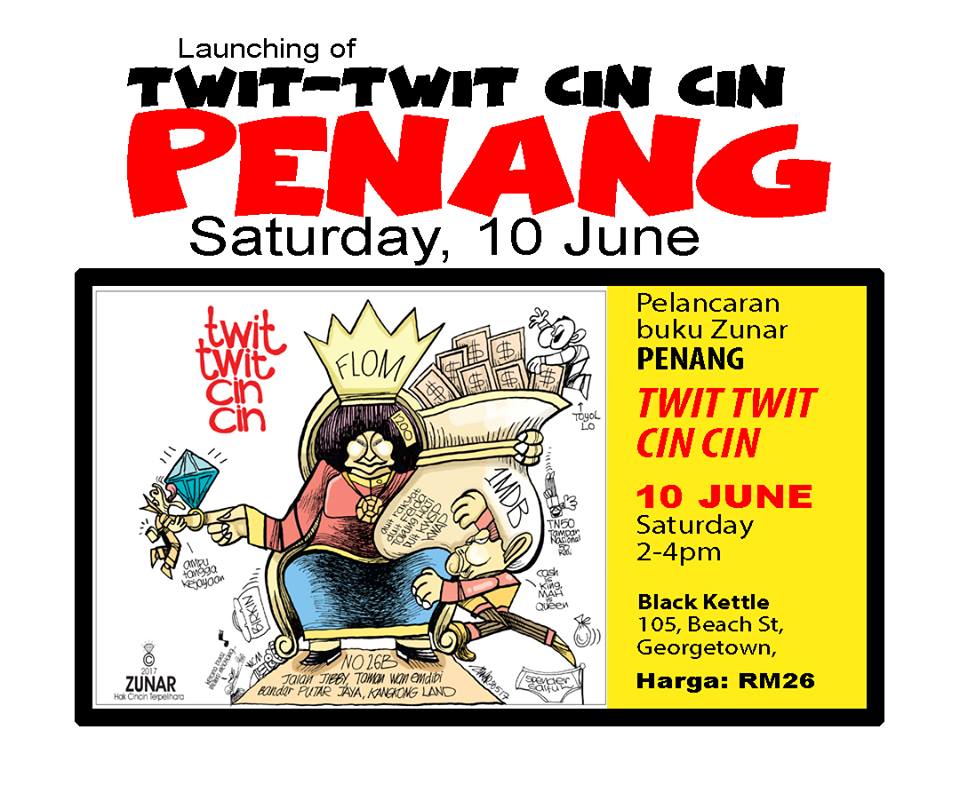 Zunar, Malaysia’s world famous political cartoonist, who won the “Cartoonist for Peace” Award and accepted the prize from former United Nations secretary-general Kofi Annan, the honorary president of the Cartooning for Peace Foundation, in Geneva, will launch his latest cartoon book, called  “Twit-Twit, Cin Cin”, this Saturday in Georgetown, Penang.

“Twit-Twit, Cin Cin” contains artwork, which portrays the connection between corruption and the increase in the people’s cost of living.

Details about the book.