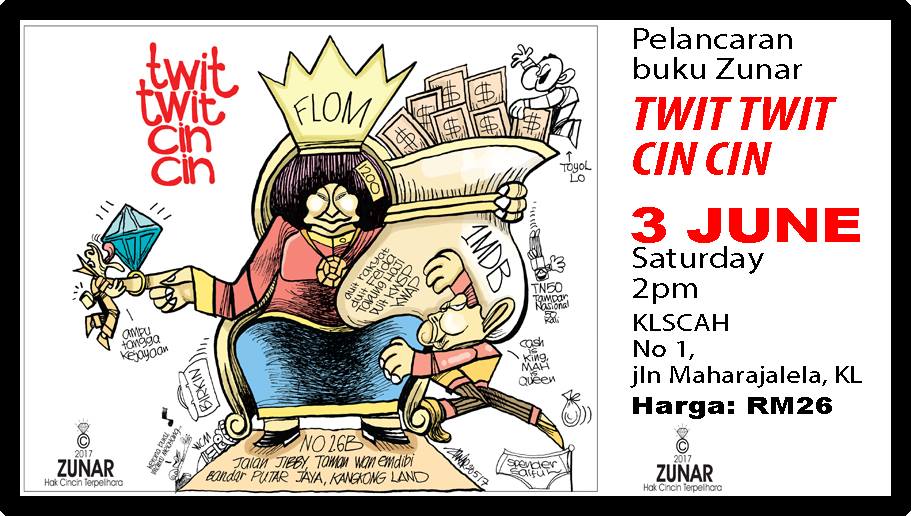 Zunar, Malaysia’s world famous political cartoonist, who won the “Cartoonist for Peace” Award and accepted the prize from former United Nations secretary-general Kofi Annan, the honorary president of the Cartooning for Peace Foundation, in Geneva, will launch his latest cartoon book, called  “Twit-Twit, Cin Cin”, this Saturday in Kuala Lumpur.

“Twit Twit, Cin Cin” contains artwork, which portrays the connection between corruption and the increase in the people’s cost of living.

Reminder: On 17 December last year, whilst he was hosting another book launch, Zunar was arrested and over 1,300 of his cartoon books seized. To avoid a recurrence of this police action, only photostat copies of  “Twit-Twit, Cin Cin”  front covers will be sold at the launch. As soon as the event is over, Zunar will post the real book to the buyers. Zunar said that the police are welcome to seize as many photostat copies as they  require, and said, “I have no problems with that.” 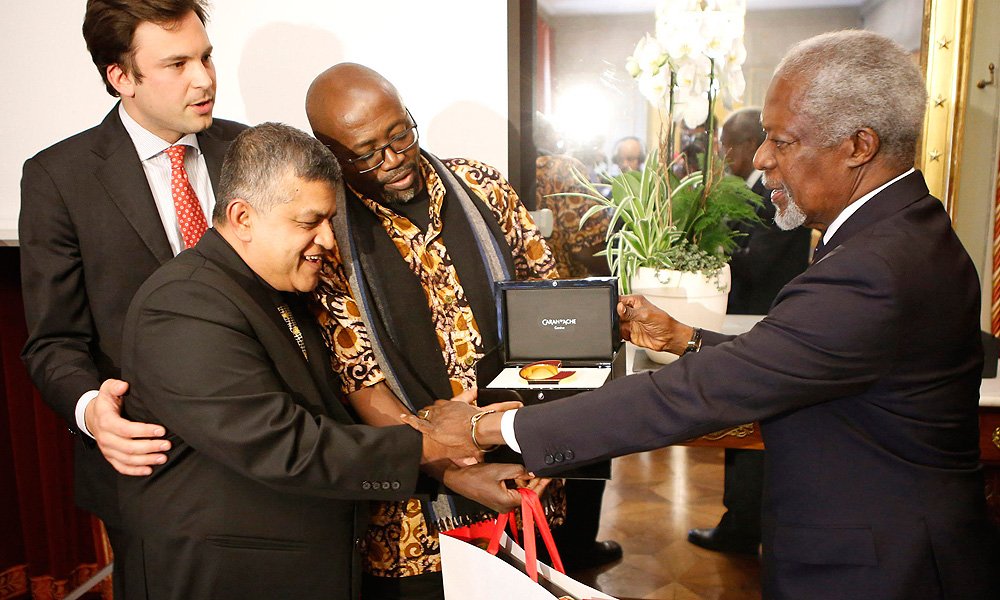