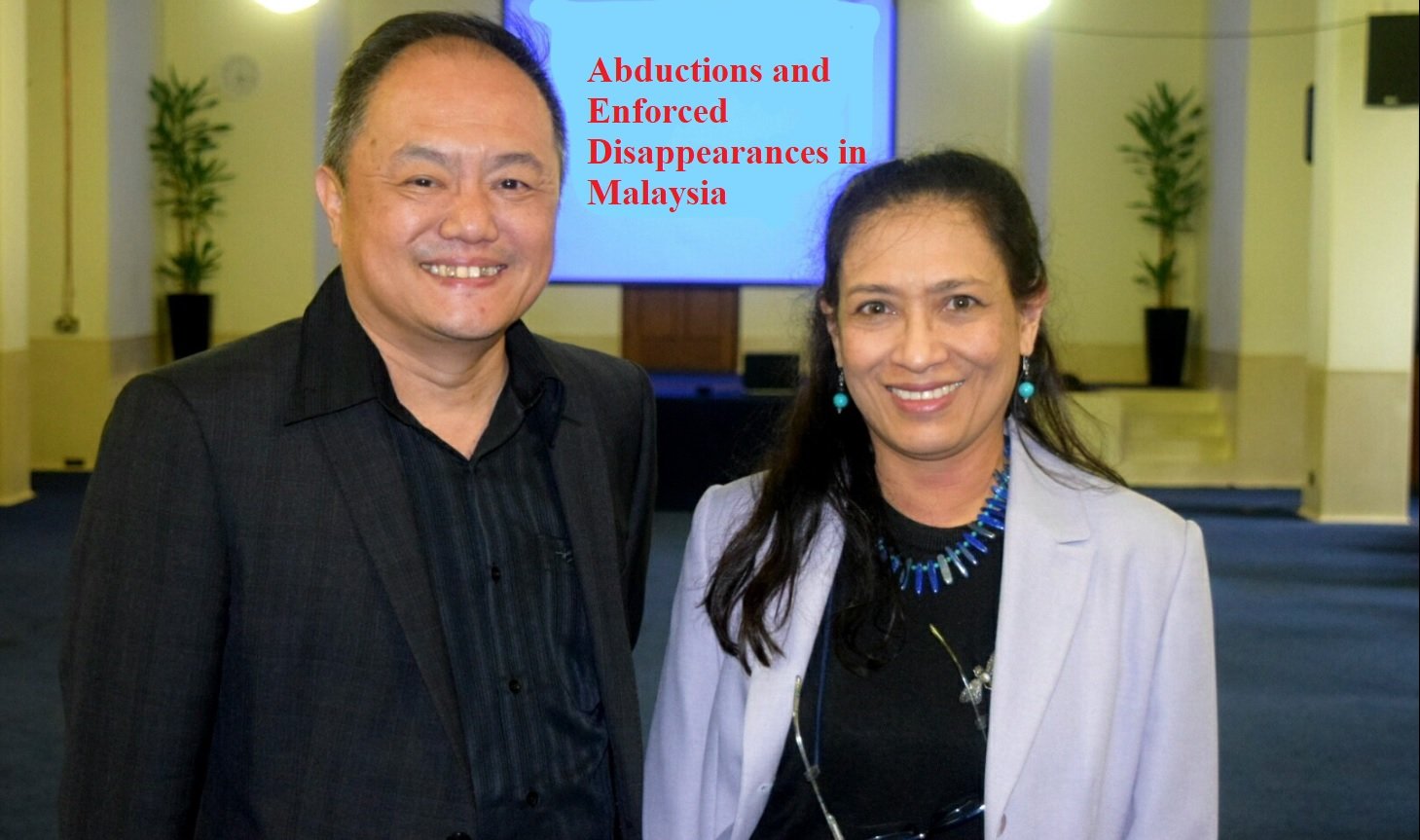 Thomas’ poignant message: “It is important that we speak out now. We didn’t speak out when the Indian gang members disappeared. In fact, some of us cheered. Shame on us.

“By the time you care, it would be too late!”

On 16 July (two months ago) Thomas Fann, gave a talk in London, about the abduction of Pastor Raymond Koh, Pastor Joshua Hilmy and his Indonesian wife, Ruth, as well as social activist Amri Che Mat. The talk was organised by the Monsoons Book Club and  held at the Emmanuel Centre in Westminster.

Pastor Hilmy and his wife were last seen near Kuala Lumpur in November. Amri Che Mat told his daughter he was going to meet a friend and did not return. He was allegedly snatched from his car in November, in the northern state of Perlis. His wife has denied allegations that he was spreading Shia teachings.

In February 2017, Pastor Koh’s abduction was recorded on the CCTVs of the homes in the area.

Despite being a highly regulated nation, with CCTVs on every street corner, building and car park, the police have not revealed what happened to the convoy, of several black SUVs and motorbikes, which waylaid Pastor Koh and forcibly took him.

Former IGP, Khalid Abu Bakar told the rakyat to “shut up” and not ask any questions because it would harm the enquiry. He had the cheek, on his retirement, to say, that he had “no unfinished business”.

Will this new IGP fare better? The police response to the tahfiz school fire was immediate and within two days, the boys who torched the building have been arrested. Contrast this speedy investigation with the delayed and disappointing police response into the disappearance of Pastor Koh, Pastor Hilmy, his wife Ruth and Amri Che Mat.

These people were possibly targeted for their religious views but Thomas also mentioned another group of people, who disappear, for which some of us would probably not bother nor care, about their abductions. “They” are the Indian gang members.

Thomas talk is below.

The time-stamp for the questions posed and Thomas’ response is below.

00.00 – Do you think the new IGP will be better than the former IGP, Khalid Abu Bakar?

01:03 – Do the ruling politicians (including the Home minister and the PM) not care? Why are they quiet?

01:48 – Malaysia is highly regulated but these is no record of the convoy on CCTV. Why has the family not been updated?

02:38 – What can overseas Malaysians do to highlight these disappearances?

04:04 – How does CAGED keep on pressing the IGP to release more information to the family?

10:27 – What about the members of parliament? Are they bringing up this issue in parliament? What are the MPs doing for the people who disappeared?

12:05 – The video shows that the abduction is a classic “black op” operation. Did the IGP trace if Pastor Koh had ever been to Perlis? Are there different authorities and different powers at work here? (Here Thomas introduces the possibility of a rogue element which exists in the state).