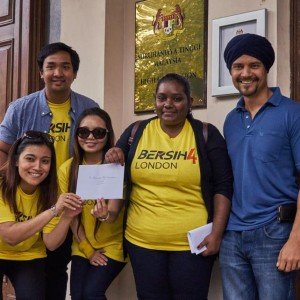 Najib Abdul Razak announced that protests and demonstrations were “HARAM”.

I suppose, hanging on to RM2.6 billion of foreign money, “donated” by an Arab is “HALAL” just because it keeps him and his party, Umno-Baru in power, thus making it easier for Umno-Baru politicians, to siphon off more taxpayers money.

Recently, an Umno-Baru supporter complained about Jewish, and Christian money filtering into Malaysia.

This story about Jewish and Christian money to an Opposition political party, is hogwash. It was Umno-Baru propaganda, to distract Malaysians from the RM2.6 billion donation.

Perhaps, the allegedly missing 1MBD money is just our perception or a figment of our imagination….

Do you recall, Home Minister Zahid Hamidi, used to tell Malaysians that it was just a “perception”, when Malaysian rakyat complained about rising crime. a few years ago. Muggings, killings, kidnaps.violent crime. shoot-outs, car thefts, rapes,…….on the rise, but apparently it was just our perception.

So now, having demonstrations is haram….but stealing rakyat’s money is …..err……halal?

Anyway, demonstrations, halal, haram or otherwise still need planning. Here are a few insider tales from a few people who were involved in the London Bersih rally.

Thank you to the organisers of all the rallies around the world, those who organised one in their town or city. It needs planning, and hard work. There will be tears and perhaps, tantrums. The work is all done by volunteers, who sacrifice their time, after work, lunch break, and perhaps, they lose out on family time, just for Malaysia.

Come the day of the Bersih rally, Malaysians will have got together, sacrificed their weekend…..and continue the protest, even when it rains, or is getting late….Bringing their mums and dads, grandkids, pets, and friends…..the pride that you helped get Malaysians speak out with one voice.

For the organisers, the reward, which no money can buy, is the feeling of accomplishment, that they were, in one way or another, responsible for creating a united Malaysian.

They tell me, that they well up with pride, when they see Malaysians are united, despite the racial and religious indoctrination back home. Seeing Malaysians standing together, is one reward which is priceless.

THANK YOU to all these nameless and faceless individuals…

Photo: Malaysians delivering open letter to Malaysian High Commissioner in London, urging him to join the Bersih march in solidarity with other Malaysians, in fighting corruption and demanding a clean election and clean government. Oops…sorry….protest is “Haram”

Photo credit: London Bersih and B