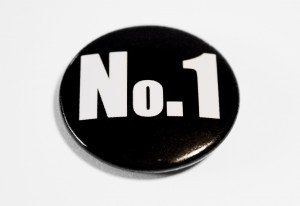 What have these states in common – Terengganu, Perak and Kedah? They were once opposition-held states, each with a PAS menteri besar (MB).

The story of these states is one of betrayal, misplaced trust and missed opportunities. Events in these states showed that one person thought he was more important than his party, and worst of all, the people who elected him to office.

First, the story of tin, in Perak. Former PM Mahathir Mohamad attempted to corner the tin market on the London exchange in 1981, and because of one manâ€™s folly, Perak, one of the richest states in Malaysia, became one of its poorest.

Billions of ringgits were lost because of Mahathirâ€™s greed, and commerce in Ipoh practically ended. Its people left, some to wash dishes in restaurants around the world. The youth were soon forced to join the exodus.

Second, an assault by frogs. After 1981, Perak trundled on as best as it could, and by 2008, things were looking brighter. In 2009, Perak was hit by another cataclysmic event. As PAS MP Nizar Jamaluddin was about to put the silver shine back into Perak, three frogs did what frogs do best – they jumped – and precipitated the fall of the opposition-led coalition in Perak to Umno Baru.

The main protagonists ignored the wishes of the people. No Perakian has forgotten or forgiven those responsible for the events of 1981 and 2009. The same fate may soon befall the people of Selangor.

Third. Memali, Kedah. The massacre at Memali in 1985, is a scar on Malaysiaâ€™s political scene. It was when Muslims turned against Muslims. Some say it was an uprising of the masses against tyranny. Others believe that the massacre was an act to remove a political threat.

Malaysians were deceived. The authorities said that a charismatic preacher, Ibrahim Libya, was practising a cult-like version of Islam. He and 13 villagers were gunned down by 400 members of the police special forces, armed with assault rifles. Four policemen were killed in the crossfire. The villagers were armed with changkuls and farmersâ€™ tools, trying to protect their leader, who resisted arrest under the Internal Security Act (ISA).

Ibrahim Libya had eroded the influence of Umno in Kedah. With an election around the corner, the Umno politicians were worried that they would lose. How convenient that Ibrahim Libya was â€˜removedâ€™ and with him, the threat to Umno!

In March 2014, former deputy PM Musa Hitam revealed that Mahathir was skulking in Malaysia and had not yet travelled to China. Mahathir and Musa played a role in the slaughter, although both would like us to think the other was responsible. After Musaâ€™s revelation, one would have thought that PAS would have demanded a royal commission of inquiry (RCI) into the chain of events which led to the brutal killing of many innocent villagers.

One should make a pilgrimage to Memali and see that the village has not benefited from the New Economic Policy (NEP).

Fourth. Terengganu. Former MB of Terengganu Ahmad Said was on a winning streak when he managed to attract Najib Abdul Razakâ€™s attention by his resignation. For a few days, Ahmad played the jilted lover, until he was wooed, in ways that we cannot mention, without attracting a charge of â€˜seditionâ€™.

During his term, Ahmad Said had arranged for an all expenses trip for him and his extensive entourage to Antarctica. Is Ahmad a closet scientist, or an opportunist? How did the people of Terengganu benefit from that trip?

Fifth: Confusion. In PAS president Hadi Awangâ€™s final speech at PAS muktamar on Sept 20, 2014, Hadi publicly humiliated and insulted the two PAS assemblypersons, Saari Sungib and Hasbullah Ridzwan, who supported Wan Azizah Wan Ismail for MB. He called them â€œbaruahâ€ and alleged that they had been â€œbought overâ€ by his Pakatan partners.

In one fell swoop, Hadi inflicted maximum damage on PAS, himself and his coalition partners. Hadiâ€™s outburst against the PAS assemblypersons and his condemnation of Wan Azizahâ€™s candidacy as MB of Selangor is a lesson for all.

With friends like Hadi, who wash their soiled linen in public, there is little need for saboteurs from Umno Baru to cause the break-up of PAS and Pakatan.

Sixth. The party constitution, Selangor. On Sept 6, 2014, Hadi claimed, that as party president, he had the prerogative to submit the names of three candidates for the post of Selangor menteri besar.Â  He said, â€œIn PAS, we have always operated according to the constitution.â€

Why bother with a central committee?

Seventh. The Malaysian constitution. On Sept 14, 2014, Hadi claimed that PAS had delivered three names to the sultan of Selangor. Hadi had reportedly said, â€œThe right to pick the next mentri besar is not mine but Tuanku Sultanâ€ (sic).

Hadi has, throughout this imbroglio, acted like someone who is willing to act against his party and the people.Â  Hadi is not content with destroying his party and his reputation. Like a coward, he has hit the ball into the sultanâ€™s court, presumably so that he can be absolved of any blame.

Malaysians will wonder if we really have a constitutional monarchy. Which is the greater threat? Umno Baruâ€™s version of democracy, with its accompanying injustices, corruption and cronyism, or PASâ€™s ideology of political Islam?