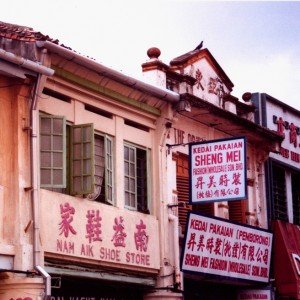 Big is not always beautiful. Earlier this month, retailers and sundry shopowners were probably disappointed when Domestic Trade, Cooperatives and Consumerism Deputy Minister, Ahmad Bashah Md Hanipah said that the growth of hypermarkets in Malaysia would not affect small businesses. He claimed that hypermarkets would give consumers more choice, help promote healthy competition as well as encourage growth in the economy.

One wonders if the government has conducted a detailed survey to study the effects of a hypermarket on the small shops in the local high street.

First. Although hypermarkets provide job opportunities, encourage development, and can regenerate an area because of the improved infrastructure, such as the building of new roads, they are also responsible for the closure of the small shops. These specialised shops, local traders or family-run concerns also employ people and support other businesses. Small shopkeepers cannot compete with the dominance and sheer buying power of hypermarkets.

Second. Many people who work, and who lead busy lives, may find hypermarkets useful, because they have longer opening hours and finish trading later at night. The sundry shops operate within a shorter time frame and close earlier. However, donâ€™t imagine that the hypermarkets are doing you a favour. They do it for one thing only – more profit!

Third. Hypermarkets succeed at the expense of the livelihoods of local farmers, suppliers, their own employees andÂ small local shops in the surrounding community. Overseas studies have shown that when a farmer becomes a supplier to a hypermarket, the farmers have to pay a rebate at an agreed price, are forced to wait months before they are paid, may have to pay for the additional cost of packaging and transport, and also meet the costs for when products remain unsold.

Fourth. The hypermarketâ€™s late night closing means more sales and therefore, more profits; however, their success (profits) may not necessarily be shared with the employees. When the hypermarket closes late, some workers claim that they do not receive a wage adjustment for the late working hours (in the west, night shift workers receive higher wages than their daytime counterparts). Low wages, poor working conditions and job insecurity are some common complaints.

Fifth. Hypermarkets with their buying volumes can exert enormous pressure on farms and clothes manufacturersÂ to reduce their prices, to deliver goods quickly and often at short notice.

Sixth. Longer working hours in the hypermarket puts more pressures on their workers to work harder, often with low or no overtime payments. Female staff who work late into the night may have difficulty arranging safe transportation home. Staff with young children and elderly people to look after, are denied a healthy work-life balance.

Seventh. Hypermarkets are often located on the outskirts of town, and this means that only those with their own transport have easy access. The elderly or less mobile people are at a disadvantage. The roads which lead to the hypermarkets are usually congested and polluted, and parking spaces difficult to find.

Ninth. Most goods and foodstuff in the hypermarket, have a high carbon footprint because they are imported. The large amounts of unnecessary packaging of items, will eventually be dumped in a landfill thus causing more harm to our environment. Most local shops have better green credentials as they frequently sell locally sourced products.

Tenth.Â Hypermarkets expand easily because of their bullying and aggressive tactics.

The sundry shop owner finds it difficult to compete in terms of buying power, or have the wide range and variety of items stocked. They cannot afford longer opening hours because this means higher costs for employee recruitment. They are unable to provide the various promotions being offered. Small shops are therefore, denied a fair chance of survival.

In 2007, local shopkeepers in Thailand, protested against the rapid expansion of a foreign-owned hypermarket (Tesco) which had forced the closure of several local shops and farmers, nationwide. The residents of small towns and villages in the United Kingdom and France, have staged protests against hyper-supermarkets which are currently operating or which would like to open, in their areas.

Local shops have character and are part of our heritage. We should help protect the rights of the local farmer, supplier, worker and sundry shop-owner, with strict planning regulations to protect our town centres and environment. If we do not support our local communities, we may soon find empty local shops and a fragmented community around us.