In 2014, Raja Bomoh* suddenly appeared at KLIA, a few days after MH370 went missing. People were furious because he attracted a lot of publicity, all for the wrong reasons. His instruments for locating the missing airliner were a bamboo telescope, a carpet, bamboo fishing traps and some green coconuts. He claimed he could peer into the “other” world and saw that MH370 was stuck in another dimension.

We were angry with him for disrespecting the families and victims of MH370. Others were furious that he was mocking Islam, but a few people said that he provided light relief. This is the height of insensitivity because they dismissed the pain of the relatives.

At the time, the erstwhile Youth and Sports Minister, Khairy Jamaluddin, claimed to have told the then Minister in the Prime Minister’s Department in charge of Islamic affairs, Jamil Khir Baharom, to arrest Raja Bomoh. The Islamic Development Department of Malaysia (Jakim) agreed that Raja Bomoh’s rituals were alien to Islam; however, no arrest warrant was issued.

Despite Raja Bomoh’s predictions, the disappearance of MH370 remains a worldwide mystery to this day. 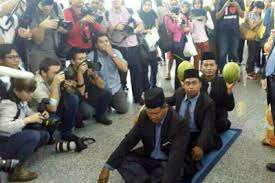 Nora arrives for holiday, then disappears

Fast forward to August 2019, and another disappearance baffles Malaysians. To be truthful, several people have gone missing since MH370.

Last week, Nora Quoirin disappeared from the Dusun Resort near Seremban, in Negri Sembilan, the day after arriving from Heathrow. Her family arrived early on Saturday, 3 August for a two week holiday in the jungle resort. The following morning, she could not be found anywhere in the villa in which they were staying. The police were notified, but 9 days later, she has not been found.

A search party of 350 people comprising the police, army, Orang Asli (indigenous people) trackers and the elite Vat 69 Commandos, beefed up by volunteers from hiking groups, have not managed to find any trace of her.

You can read more about the search here and here. 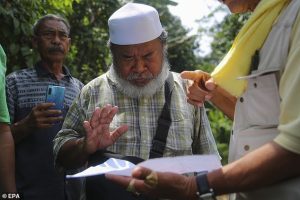 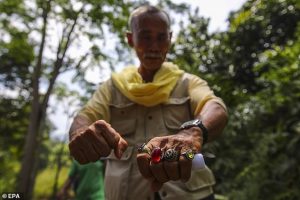 Today, it was finally reported that a group of bomohs had also been involved in her search. They went into a trance and performed specific rituals. You can read about it here and here.

After the furore of Raja Bomoh, is it right that the bomohs were part of the search, whether officially or unofficially?

One British newspaper alleges that the bomohs had been invited by the police.

It is bad enough that bomohs are involved, but if this allegation about the invitation by the police is true, isn’t it wrong? It smacks of desperation and must be upsetting for the family. 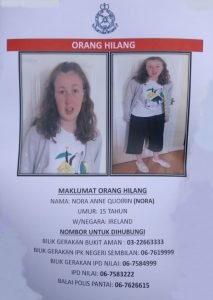 *A reminder for those who don’t know Raja Bomoh