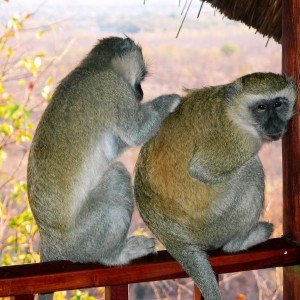 The last six months have been a nightmare for Najib Abdul Razak. The normally reticent Najib acted with surprisingly speed, in Malaysia’s season of discontent. Najibâ€™s crisis, and questions about his leadership, appeared to snowball from the time he reluctantly returned home from a golfing holiday with Barack Obama, to the current questions about his involvement in the 1MDB saga.

Family members of those in public office rarely involve themselves, or spring to the defence of the public figure, but Najibâ€™s brother felt compelled to add his voice to the debate.

Malaysians were surprised by the sacking of Deputy PM, Muhyiddin Yassin. The stunt sent shock waves through the Malay community and one Malay, in her sixties, said, â€œMuhyiddinâ€™s sacking is unprecedented. We didnâ€™t think Najib had the guts for this.â€

A Malay student, in her early twenties, said, â€œMuhyiddin is harmless. He did not deserve this treatment from Najib.â€

As Najib appears to barricade himself behind a seemingly impenetrable fortress of men and women who are loyal to him, we ask if it can it get any worse for him, and is his position safe? Was Muhyiddinâ€™s â€œlandmark sackingâ€, a desperate tactic to plug the sinking ship called â€˜Putrajayaâ€™? The seven reasons below are proof that Najibâ€™s prospects of holding on to power are slim, unless he takes further drastic action.

The Malays were once ruled by Sultans whose rule was absolute. The ruler decided what was best for his subjects. The ruler was frequently out of touch with public opinion, because he surrounded himself with sycophants, he led an elitist life and tended to ignore the suffering of the masses. Najibâ€™s governance looks very much like the sultans of old.

There is validity in forming a cabinet of politicians who are loyal to Najib, and who will help sweep the nationâ€™s problems under the carpet. Is his premiership safe for now? There are many ways of measuring loyalty. Will the loyalty, of his ministers and Umno-Baru divisional heads be sold, and who will be the bidder?

For decades Umno-Baru used divisive tactics to manipulate the people according to race, religion and loyalty to king and country. Bumiputra votes matter.

In 21st century Malaysia, Malays are more exposed to the world, are more educated, are widely travelled and many have shed their â€˜serf-and-baronâ€™ mentality. They are not afraid to speak their mind and mean what they say.

The rural people are beginning to shed their image of docility, especially as their pockets are hurting.

Yesterday, the Johore crown prince, Tunku Ismail Sultan Ibrahim, raised eyebrows with his post on Facebook that he would â€œnever support a person inside Football Association Malaysia (FAM), or any organisation that is corruptâ€.

It is widely known that many businesses are closing down across the nation, so Najib cannot ignore the calls to curb public spending and implement measures to save the economy. The GST, corruption, wastage of public money, the drop in global oil price, the import of cheap labour and the falling value of the ringgit have prompted calls for more stringent measures to be taken, but Najib, as the Finance minister is not listening.

When Najib came into office, the rakyatâ€™s mood was buoyed by his announcement that he would tackle corruption, beat extremism and get rid of the draconian Internal Security Act. His failure to complete any of these tasks has earned him the title of â€œJanji tak di tepatiâ€ (Unfulfilled promises) especially as he engineered the Perak coup d’Ã©tat of 2009, closed one eye to religious extremism and replaced the ISA with worse laws such as the Peaceful Assembly Act, the Sedition Act and the Prevention of Terrorism Act (POTA).

After what seemed a lifetime of draconian rule under former PM Mahathir Mohamad, and a short stint of relief under former PM Abdullah Badawi, who was said to suffer from sleep apnoea, the rakyat thought they could have a measure of confidence in Najib, whose father was the second PM of Malaysia.

Disillusionment with Najibâ€™s administration soon set in. It was not just his handling of the economy, or the unanswered questions about allegations of corruption. His leadership style showed that his party and his personal issues mattered more than the nation.

Najib has largely ignored calls for the application of the rule of law, adherence to the Constitution, the allegations on human rights abuses, the crackdown on critics of the government and his failure to stop the hounding of the press. Will Najib listen to the growing discontent of the Malaysian public?