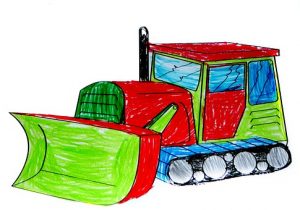 Yin tells us that this cannot be right when not too long ago DAP, PKR etc condemned ‘frog hopping”?

He also wants civil society to speak out now against the double standards.

Yin: Events move so quickly that stand still and you are left behind.

Rafizi has condemned Mahathir for bulldozing the appointments this afternoon without allowing PKR to consult. The fact that the presidency of PKR, Wan Azizah was not present at the press conference speaks for itself.

Is this going to be the style of the PH government where the PM dictates? Someone said to me that Mahathir is surrounding himself with people who will not stand up to him.

Muyhidden is not minister material, period. Remember his “our education is world class” boast when he was minister of education? But he is a Mahathir loyalist and will let Mahathir have his way – unlike people like Rafizi.

The government is just over a week old and cracks are starting to appear – hairline perhaps, but still cracks!

Jubilation rings out loud and clear in the Kinta Valley as some quarters celebrate the hopping over of two BN frogs to PPBM.

But how can this be right when not too long ago DAP, PKR etc condemned ‘frog hopping”?

So it’s okay if they hop from UMNO to PPBM?

This kind of double standard so early in its rule is most disappointing. Malaysians did not vote for this!

And there are many who welcome the prospect of UMNO frogs hopping en masse to PH – PPBM to be specific. If this happens PH will have the two thirds and we know what absolute power does!

Are we sliding back into the same old politics of enticing frogs? The two UMNO frogs were so convinced of their party’s stand that they clung on despite 1MBD and other scandals but now with the loss of power and therefore also potential goodies that come with’ office they shift sides. Is this the kind of people
PH wants? I bet you there is an exco job waiting – tourism perhaps?

This is the start of the slippery slide to the bad old days.

Civil Society must speak out now or face the consequences of another BN with UMMO dominating. We did not vote for this!