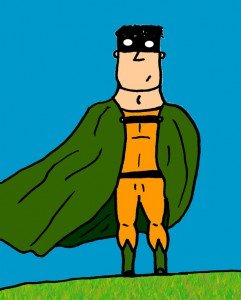 If I had not gone to work in Borneo, I would never have been exposed to social inequalities, nor written about them. Sabah and Sarawak were eye-openers.

They are rich, but the people are poor. Power and wealth are in the hands of a few individuals. I resumed writing to the papers when the Penan women were raped by loggers in Sarawak. To this day, there has been no justice for the girls and the children they bore.

The government alone cannot be held responsible for the problems which beset Malaysia. We are partly to blame. We allow fear to be used, by the government, to manipulate our behaviour.

First. We remain silent to protect our periuk nasi (rice bowl), or our bid for a government tender. Instead of getting rid of a corrupt official, we hope to take his place. The modus operandi of the government is fear. We are also motivated by greed.

Second. Prime Minister Datuk Seri Najib Razak and I are both the products of mission schools â€“ St Johnâ€™s Institution and the Convent. We had crucifixes in school and the Lordâ€™s Prayer was recited at morning assembly. Both Najib and I are still Muslims. Why do the extremists think Malays are so sensitive? Are Najib and I, tough as an elephantâ€™s hide?

Non-Muslims living close to mosques are woken by the call to prayer every morning. I donâ€™t think that any have become Muslim. So why do the government and Muslim extremists think that ordinary Malays cannot look at a crucifix or hear hymns being sung, without becoming a Christian? They worry that one sip of water from the bottle bearing Lord Murugamâ€™s image will make a Malay become a Hindu.

Third. In most western countries, we enjoy opportunities in education and work, and most importantly, freedom of expression. Two young Malaysians, Ali Abdul Jalil and Alvin Tan, had to seek asylum in Sweden and America. They criticised the three Rs of Malaysia â€“ race, religion and royalty. They would have been punished, for speaking the truth. The government is afraid that Ali and Alvin would start to make people think and question the governmentâ€™s motives.

Fourth. As Ali and Alvin have escaped to the west, they can help spread the word that Malaysia is not the tourist paradise that Tourism Malaysia would have one believe. Today, President Obama, Prime Minister Cameron and the French President Hollande are only interested in Najibâ€™s open wallet. They donâ€™t really care about human rights abuses in Malaysia. They are only worried about the British, American or French economies and Najibâ€™s spending spree will create jobs for these western nations.

Fifth. If the language used by Ali and Alvin are abrasive, then why is the language of the men from Perkasa, and ministers like Datuk Seri Hishammuddin Hussein, or Najib, who said they wanted to see Chinese blood flowing down the streets, acceptable?

Sixth. Malaysians are eager for change but this should not be at the expense of our values. Groups who appear to be supportive of the opposition, because of possible business opportunities should be avoided.

Hundreds of thousands of students must have returned home. How did they apply their experience of living in multi-racial countries, to their homeland?

Seventh. Malaysian communities abroad behave as they would, in Malaysia. The different races donâ€™t socialise, apart from when they attend the free makan at Hari Raya or Merdeka Day celebrations. The members of different parties donâ€™t mix either.

Eighth. Any Malay who turns up at an opposition event overseas is suspected of being a Special Branch agent. The Malay could have been an innocent and genuine member of the audience but he is tagged SB. Is it any wonder that he avoids these meets? The Malays are not the only problem, the non-Malays must share the blame.

Ninth. We are told that Malays are reluctant to come to the opposition talks held abroad because they do not want to lose their scholarships. Why have none of our bright legal minds challenged this in the Malaysian courts?

Tenth. Everyone should encourage stimulating discussion among their Malaysian circle of friends and help move Malaysia forwards. Malaysian students make capable activists but the aspirations of professionals are different from the students.

Many of us who lived through the Mahathir era often find it difficult to convince a young Malaysian that Mahathir did more harm than good. Students will mention Mahathirâ€™s Twin Towers and say that these symbolise wealth and progress. No! They donâ€™t. KLâ€™s homeless live in the shadows of the Twin Towers. Petronas is housed in this skyscraper and its accounts are non-transparent. The Twin Towers are a symbol of decadence and corruption.

My message is that activism is a team effort. We cannot change Malaysia alone. We must seek opportunities to interact with one another, to try and restore the Malaysia, which our forefathers enjoyed. We have safety in numbers. Donâ€™t be a bystander.

(This article appeared in TheAntDaily.com)