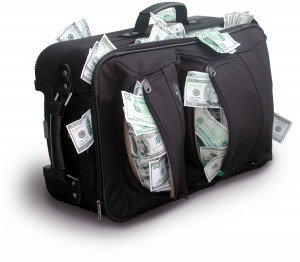 I have said it before, and I will say it again.

Do not think the west, or any other government will come to our rescue. They won’t.

If you think Malaysia is in bad shape, YOU have to do something about it. Not David Cameron. Not Barack Obama. Not Angela Merkel. Not Lee Hsien Loong or any other leader you admire for his or her leadership .

Why should you do something for Malaysia?

Money talks … not just in Sarawak or in Malaysia. Money talks wherever you are in the world. Leaders like Cameron will never say no to Najib’s open wallet. Malaysian companies help develop bits of London which are run-down. The Brits want to sell arms to the RMAF.

Remember the submarines which the French sold to Malaysia? They were leaking but who cared?

To the best of my knowledge, this is how it works. Let us say that the military hardware costs RM100 million. A company with a paid-up capital of RM2 will be set up to handle the negotiations between the west and Malaysia. This RM2 company will charge the Malaysian taxpayer RM400 million for each jet.

RM100 million goes to the company which manufactures the jet. The remainder is divided between the crony who owns the company and the person who sanctioned the deal…in other words, “The Chosen One”.

Easy money. Who paid for the goods? The generous Malaysian rakyat. You!

Who benefits? You also know the answer to that and it is NOT you!

How long do you think the Malaysian treasury, the money from your taxes can tahan paying-out money to those who spend it for their own pleasure?

One day, that money will run out and you can forget about good roads, schools or hospitals. Maybe that is why you have lifelong tolls so that the roads can be maintained once in a while. Do you see tolls on roads in developed nations? Very few-lah.

One day, when the civil servants complain they are not paid on time, that means that the money is running out.

When that happens, do you not wish that you had done something about getting rid of a corrupt leader and corrupt parties?

Use your vote wisely. Yes, there will be cheating and that is why you must support groups which demand clean, free and fair elections.

Don’t complain when one day rice costs 10 times as much as today. Or when you need to sleep with a gun under your pillow because burglary is common.

If you want to live in a country which may end-up like Afghanistan, Somalia or Zimbabwe, then do nothing. It is your choice!