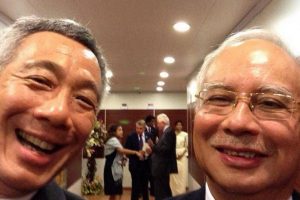 A Singaporean lawyer says: The Malaysian general election (GE14) is due to be called anytime from now, but no later than Aug 24. Following the declaration by the opposition front Pakatan Harapan to name Dr Mahathir Mohamad as the prime minister designate if the opposition wins GE14, the battle for the hearts and minds of Malaysian voters has begun.

Prior to this latest declaration by Harapan in January, the Malaysian opposition camp was in disarray.

The first major setback happened soon after GE13 when PAS, an Islamic party with sizeable electoral support in the northern states of peninsular Malaysia left the opposition coalition, then named Pakatan Rakyat.

Mahathir still enjoys significant goodwill within the Malay electorate even though non-Malay voters are divided about his legacy. Some rightly blamed him for the rise of crony capitalism in Malaysia, and for the Islamisation of the state. A tiny but articulate minority, and the radical youths, cannot forgive Mahathir for using the Internal Security Act 1960 against social activists during his term in office.

On his own, Mahathir, at 92, despite his claim of wanting to sign up one million members, would not be able to unseat Najib, the man he had once chosen for the premiership.

The opposition’s disarray, coupled with a rather buoyant economy brought about partly by the influx of Chinese investments, substantially benefited Najib’s electoral prospects despite a general decline in real earnings following the introduction of GST.

Hence, in mid-December last year, a poll by Merdeka Center, an independent pollster, predicted that the incumbent Najib-led ruling coalition might win a two-third majority in parliamentary seats even if they were to lose the popular support. This anomaly is the likely outcome of electoral boundary changes, voters fatigue, and disappointment with the opposition. Currently, the ruling coalition enjoys just a simple majority.

With this latest show of unity at Harapan’s national convention this year, the fortune of the opposition could potentially change for the better.

The “feel good” factor amongst the opposition is, however, not shared by all. Despite Mahathir’s public apology for his past mistakes, it has been insufficient to appease his critics, especially those who were imprisoned by him.

Instead of applauding Mahathir for his tenacity and steadfastness, and boundless energy in wanting to bring about change, they continue to doubt his motivation.

His radical critics from the left and those in Umno mocked the opposition for having to rely on an old man of 92 with a checkered history to spearhead institutional reforms.

What the critics of Mahathir have failed to appreciate was that without Mahathir’s efforts, skills and stature, Harapan would not be able to forge an agreement on the thorny issue of seat allocation at this early stage of the pre-election process.

The agreed allocation is 52 seats to Mahathir’s Bersatu Party, 51 seats for Anwar’s PKR, 35 to DAP, and 27 to Amanah, a progressive breakaway from PAS.

The composition of the seats is designed to address the insecurity of Malay voters who fear that voting out Umno could undermine their position as a community.

Under the terms of the declaration, a new government under Mahathir would pave the way for Anwar, now in prison, to become the next prime minister. The opposition coalition, after the Harapan 2018 convention, is now in a better position to present itself as a credible united force representing the interests of all ethnicities.

Given Mahathir’s past, it is unavoidable if radical critics continue to dismiss Harapan as Umno Mark II, and for not presenting the voters with any radical alternative platform.

Harapan is not a left-wing coalition, but a coalition of four political parties based on the following common political denominators.

At the convention, apart from agreeing to Mahathir as the prime minister designate, the other agreed terms include a maximum two-term premiership, structural institutional reforms and end of corruption.

These are important minimum reforms to achieve a functional democratic system. It is possibly as radical as one could ever achieve in real politics within an electoral time frame, and one which would not be out of place for any of Malaysia’s neighbouring countries.

The fact that this platform was endorsed by Mahathir at the convention does not make it less credible or radical. It is a platform that reflects the spirit of the few hundred thousands who marched on the street of Kuala Lumpur and elsewhere under the banner of Bersih in the past few years.

Mahathir’s endorsement of the platform is a recognition that the demands are doable, thereby making it more credible and electable. With the endorsement of someone with 22 years experience as a prime minister, it is now difficult for cynics and the ruling coalition to dismiss institutional reforms as impractical youthful idealism.

Based on earlier opinion polls, some predict that the Mahathir factor could shift conservatively five percent of the Malay votes in favour of the opposition.

“If Mahathir has the ‘Heineken effect’ to reach the parts of the Malay constituencies no other politicians could, why quibble about his age, or past misdeeds?” former ISA detainee Hishamuddin Rais told me.

A shift of five percent of the Malay votes could be the game changer that Umno fears. Whether the Mahathir effect could be offset by the political fatigue of the past two elections, where high expectations for change were met with disappointing outcomes, is anyone’s guess.

Malaysians in Singapore do make a difference

During the 2013 general election, a substantial number of the 385,000 Malaysians residing in Singapore returned home to cast their votes. Some even returned from further afield – UK, Hong Kong and Australia included.

Malaysians voters residing in Singapore could potentially make a difference to the GE14 outcome, as many hail from suburban areas where there are 30 marginal seats with Malay majority of less than 65 percent. Based on the results of the last general election, these seats are up for grabs by the opposition, as in some cases, the opposition lost by a few hundred votes.

Liew Chin Tong, a social scientist and opposition MP did not name these marginal constituencies for “tactical reasons”, but identified them as

According to Kluang MP Liew Chin Tong, if Umno loses these 30 seats and a further 10 in Perlis/Kedah (Cluster 1), it could usher in a new Malaysia. The “Mahathir effect” could affect voters in Cluster 1, where his party Bersatu is making good progress.

It is for this reason that many people I spoke to, including activist Thomas Fan, predict that GE14 is unlikely to happen in mid-February when most Malaysians in Singapore would return home for family reunion. They are the anti-establishment voters Umno would like to keep out.

If the Malaysians in Singapore are mobilised to return home to cast their votes, in the light of the current trend, they, together with the “Mahathir effect” which was missing in the last general elections, could change the political landscape of Malaysia.

Amongst the Asean countries, Malaysians are probably more engaged than any of their counterparts elsewhere in the Asean region in using the electoral process to effect change.

With the exception of Singapore and Vietnam where voting is compulsory (hence their voter turnout of 94 percent and 99 percent respectively), the voter turnout in Malaysia at 85 percent in the 2013 general election is highest amongst Asean countries.

Many are willing to devote time and money for the cause of change through the ballot box despite all the odds stacked against them. This is a credit to the country, and the people. 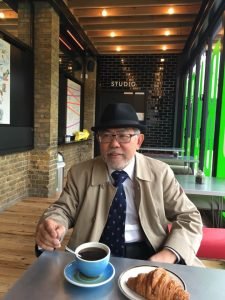 TAN WAH PIOW is a former President of the University of Singapore Students’ Union (USSU). He got into trouble with the Singaporean authorities when the student union launched a campaign to fight for the rights of retrenched workers, many of whom were from Malaysia.

He was forced to feel Singapore, as a result of helping to champion democracy and fight for social justice for workers. This was in 1976, during the final year of his architecture degree. He sought political exile in England, where he has lived for the past 41 years.

Tan read law at Balliol College, The University of Oxford and has a law practice in London. In his spare time, he devotes his energy to managing a gallery, where his art installations are on exhibit.

(Note: The article first appeared in Malaysiakini and also in a Chinese Daily)