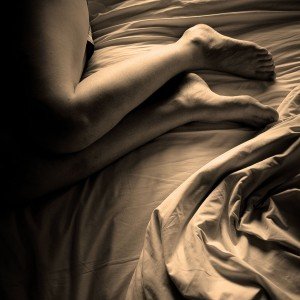 Why does the Selangor Islamic Department (Jais) continue to attack women but fail to address the failings of men?

A few weeks ago, the Jais sermon called (: Between freedom and dignity), urged Muslim women to cover their bodies. It claimed that the objectives were to stop women from being physically and mentally harassed, prevent people from making false accusations about them and stop others from staring lewdly.

The sermon addresses the male Friday mosque goers. What is the object of telling them about women’s clothing, unless the plan is for the men to return home and tell their women to cover up?

The sermon added that being “properly attired” would prevent sexual crimes like rape, incest and illicit sex.

When the Penang Women’s Development Corporation (PWDC) chairman Chong Eng heard about the sermon, she said that it was “misinformed, irresponsible, disrespectful, smacked of victim-blaming and showed male bias in religious leadership.

“This ‘tutup aurat’ message does nothing to help female victims of sexual assault and abuse”, she added.

Chong Eng had NOT criticised Islam. She rightfully pointed out that the sermon failed to address the necessity for men to respect women. The sermon was blaming women and accusing them of inviting rape.

Reports have been circulating that at least one woman is raped every day in Malaysia, but the actual figure is probably higher as many rapes go unreported for a variety of reasons.

People are afraid to report the crime, in case they are attacked again, or blackmailed. Others are fearful of the social stigma. They think their families may disown them. So, will Jais conduct a survey to discover how many rapes are not reported?

The Jais sermon is disturbing. Are women always to be blamed for rape? How about educating boys, young men and adult males, not to make sexual objects of women? What about telling men to respect women?

The Ministry of Women, Family and Community Development failed to counter the fallacy that rapes are caused by women. Will it attempt to stop this sexist, blame culture from flourishing?

How ignorant is Jais? Rapes are committed on tudung clad women or old women who dress very conservatively. Babies, toddlers and very young children are raped.

Jais should conduct scientific surveys to determine why some conservative Muslim states, like Kelantan, record high cases of rape and incest. The conviction rates for rape, nationwide are low. Why? What are Jais’ views on marital rape?

Shamefully, the men who run Jais appear to get more sexist and ignorant by the day.

The way a woman dresses, or behaves, should not be an invitation for men to rape them.

Perhaps, Jais should instruct Muslims to compeletely cover or hide, their women at home.