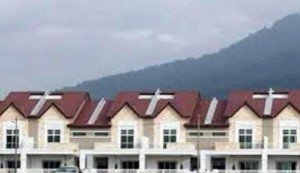 The most dangerous falsehood, that Umno-Baru has been spreading for the past thirty years, has finally been exposed. The idea that Umno-Baru is critical for the survival of the Malays and Islam, still constricts the minds of gormless Malays.

The truth is that neither the Malays, nor Islam, need defending. Defending against whom, or what?

The Malays and Islam have been around for centuries. Then, there was no Umno-Baru to protect them, but both thrived.

Umno-Baru and its cohort, like Jakim, have stultified the imagination of the Malay, stifled his enthusiasm and deadened his motivation. Last week, a few examples, of the damage that Umno-Baru has inflicted upon the Malay psyche and intellect, were revealed.

Like a child who has to be shown how to cross the road safely, today’s Malays have to be told that it is OK, to wish their Christian neighbour “Happy Christmas”. Does one need a government body to teach manners, how to be courteous, or how to build community relations?

In the same week, Â the Kedah housing Exco, Tajul Urus Mat Zain demanded that a property housing developer, on Langkawi, should modify the design of the roofs and air-wells, because they resembled a row of crosses.

Tajul claimed that the problem was a “sensitive issue of a religious nature” and needed urgent rectification. Other insecure Malays claimed that it is a covert attempt at proselytisation.

These people would be allowing paranoia to overcome common sense, if they had any common sense.

When former Selangor Exco, Hasan Ali, claimed that solar-powered bibles, were converting scores of Malays to Christianity, not one Malay could be produced, as evidence of this proselytisation.

When the Perak Mufti, Harussani Zakaria, started a near-riot with his lie, that Malays were being baptised in a church in Silibin, Ipoh, he was not prosecuted for disturbing national security.

Are the Malay Muslims of today, so weak and their aqidah (faith) so fragile, that looking at a cross will make them Christian? The authorities are insulting the Muslims.

Is that why many Malay children are bad at arithmetic, because they fear the addition Â (+) and multiplication (x) symbols?

The Malays must alter the Keris and its shaft, because when you look at the keris, in its sheath, it resembles a Cross.

The aeroplane, from above, resembles a cross. Rayani Air, the new syariah compliant airline must abandon its plans, or resume operations once we have the technology to build flying saucers.

The Kedah housing exco must persuade his peers in the transport industry to redesign all cross roads.

The makciks, in the kampungs, whose hobby is cross-stitch, are slowly being converted, without their knowledge.

Malaysians will not be able to bake, nor eat, hot cross buns. Apart from being linked with Easter, the cross, made of shortcrust pasty, on top of the bun, will cause the most damage to Muslims, once it is ingested.

Tajul will be responsible for a revolution in literature, and every important field like engineering, language, science (hybridisation as in cross-breeding), religion, plumbing (pipe-fittings),Â  astronomy (The Southern Cross), sports (boxing) and law (cross-examination).

When the Perak Mufti, Harussani, banned Malays from wearing Barcelona football jerseys, because of the cross symbol, the Malays reacted angrily. Harussani back-pedaled and said that it was merely a suggestion.

In 21st Century Malaysia, the Malays must decide, if they really want these so-called knowledgeable ulamas, false mullahs and sanctimonious people, to preach to them.

These men invoke the name of God, to scare you, not because of religion, but because they want to control your behaviour.

It is not Islam that they are protecting, it is their livelihood. A gullible Malay gives them the power to lord it over others.
.
.

Published in The Heat Malaysia on 2 January 2016