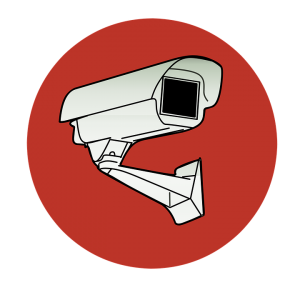 At the weekend, the Melaka Islamic Religious Department (JAIM) announced that it would conduct daily operations during Ramadan to stop Muslims from eating, drinking and smoking in public during the day.

Its enforcement division operations unit chief, Noraminuddin Aziz, has ordered five or six JAIM officers to snoop on premises suspected of being “Hotbeds” for Muslims who did not fast.

Do we need to waste valuable resources in this manner? Are the other state religious authorities as bad?

The state religious authorities cannot be trusted to look after the welfare of children in tahfiz schools, but it finds the time and money to have officers monitoring what we do behind closed doors.

Remember Mohd Thaqif Amin Mohd Gaddafi, the 11-year-old who allegedly died from a severe beating by the assistant warden at his school? It transpired that the state religious authority could not regulate such schools.

No respect for Ramadan

In 2015, the Federal Territory Islamic Department (Jawi) chief enforcement officer, Wan Jaafar Wan Ahmad was furious when he saw several Muslims, who were not embarrassed to eat at roadside stalls. He said, “They have no respect for Ramadan.”

They tried to justify their eating, by saying they were construction labourers, travellers on a road trip, or were suffering from gastritis. Wan Jaafar dismissed their excuses and said, “We could not be bothered by their reasons, as we took action because they did not respect Ramadan by eating in public”.

What other people think

One political  cynic said, “These officials are just power hungry bureaucrats. All of them think along the same lines. It is similar to the Little Napoleons who want to fine you in the run-up to Merdeka, because they think the absence of a Malaysian flag outside your business premises or house, shows that you are unpatriotic.”

A Muslim housewife said, “If only these officials put as much effort into punishing errant polygamous husbands, who marry without their first wives permission, and those who abandon their wives and their children. Do they punish the adults who abandon their elderly parents at bus stops? Do they go after corrupt officials, who steal from the taxpayer?”

Meanwhile, boutique owner Maria said, “I have been embarrassed many times, as I eat lunch at the restaurant, near my shop. These religious officials harass me, even after I tell them that I am a Filipino. My Malaysian husband frequently comes to my rescue, when he joins me for lunch. Ramadan is a stressful time for me.”

Not everyone is as anxious as Maria. Abdool Kadeer Abdool Salaam, an Indian Muslim, is not perturbed about being caught eating in public. He said, “Ramadan is the only time I am glad for my tanned skin. I just dab the pottu (Hindu red dot) on my forehead, and speak in heavily accented Tamil tones. These religious officials tend to avoid me, when they raid a restaurant.”

Maybe, in a few years time, JAKIM will force Muslims to wear a badge to show officials, who is Muslim and who is not.

Perhaps, it will be the other way round, and non-Muslims must wear a badge so that the work of the bureaucrats is made easier. This will stop cases of mistaken identity.

State religious authorities are a curse for everyone, but how many Muslims dare to challenge this?