Please look at the videos below. They were sent to me, to help highlight the growing cruelty to dogs, in Malaysia.

The video is shocking and viewer discretion is advised.

Apparently, in Ipoh, at least, I am told that if your pet dog happens to run out of your front gates, the council dog-catchers will catch them and take them away. If

the owners are lucky enough to follow them back to the Ipoh City Council, they can take them back after a fine (RM250) is paid. If they don’t the dogs will be released at the Papan dumpsite. 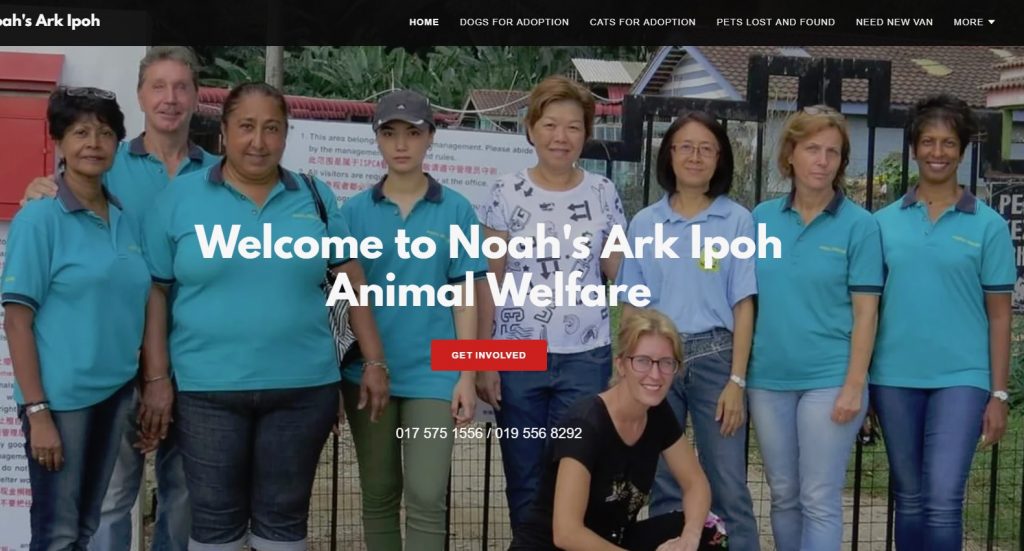 I write, on behalf of Noah’s Ark Ipoh (NAI), an animal rescue charity which is run and managed by 25 dedicated volunteers. NAI cares for, treats and spays abandoned and abused animals. For more information about NAI, and to donate, please go here.

Please note that NAI does NOT have a shelter for dogs. However, dog and cats which have been rescued are available for adoption. Don’t buy, please adopt!

Founded in 2009, NAI helps to tackle the huge problem of stray cats and dogs on the streets in our community.

To date, NAI has treated and spayed over 4500 cats, kittens, puppies and dogs. Funds permitting, NAI neuters around 30 – 50 strays per month.

The van below, is used for NAI’s work. However, it has broken down and needs replacing. This is my appeal. Please give generously.

Please also note that other NGOs and independent rescuers are working very hard to control the stray population of dogs, using what is known as “Trap, Neuter, Release and Manage” (TNRM). 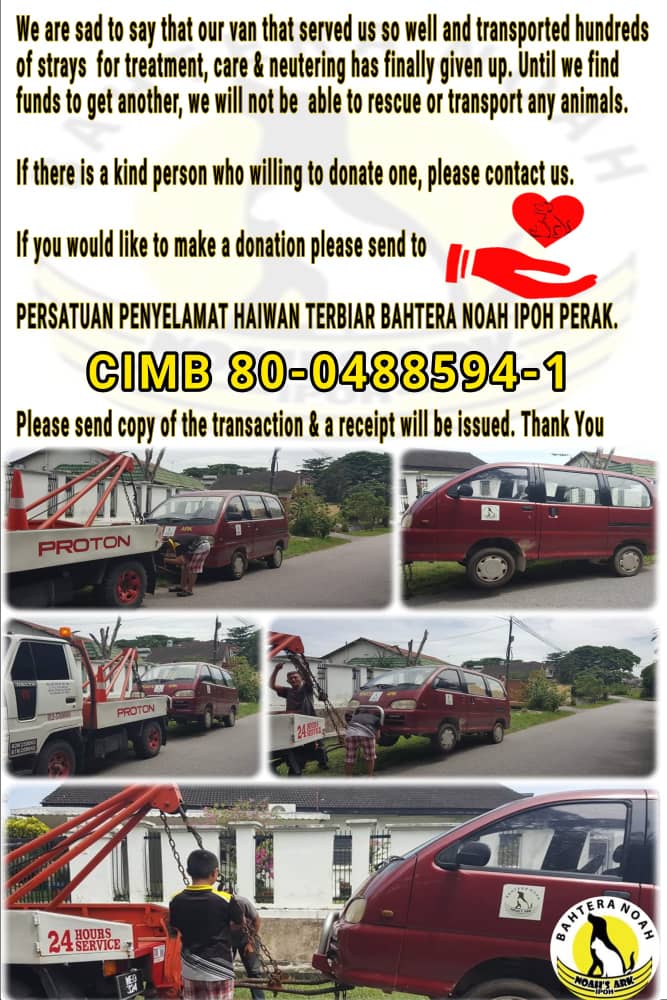 Papan is a small town just outside Ipoh. It is a pretty place, surrounded by gently rolling hills, and a peaceful serene lake. It grew in importance in the last two centuries because of timber (hence the name, Papan (wood)), and tin.

When Ipoh was heavily bombed during WWII, Ipohites sought refuge in Papan. It’s most famous resident is Sybil* Kathigasu, the wife of Dr A.C. Kathigasu who ran a clinic there. Sybil is a freedom fighter, who was tortured by the Japanese Kempetai. She later died of her war-wounds.

What you may not realise is that Papan, has been abandoned, for various reasons. The old shophouses, with their ornate tiles and wooden shutters, from a different era, stand forlorn.  Today, it is a ghost-town.

Sadly, Papan’s other residents, are stray dogs, rounded up by the Ipoh City Council, and dumped there.

The dogs are not given any food, or water. They wander around in packs and stumble onto the nearby Ipoh-Lumut highway, and are hit by vehicles.

The more adventurous strays, searching for food, end up in kampungs or residential areas in Batu Gajah. As to be expected, the mostly Malay villagers, who have been taught to fear dogs, will hound, beat or torture the dogs.

Nicol David on behalf of NAI

Note: * Sybil helped to liberate the then Malaya from the Japanese by supplying medicine to the freedom fighters from the Perak People Anti-Japanese Army (PPAJA) working together with the British Force 136 operatives. The soldiers hid in the hills of Papan.

The Japanese found out what Sybil was doing and she was tortured to inform on the freedom fighters. She later died of her wounds and was the only Malayan woman to be decorated and honoured by the British monarch for her services to the British Empire.

Note 2. This article has been amended. 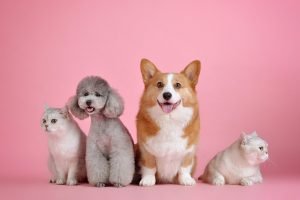