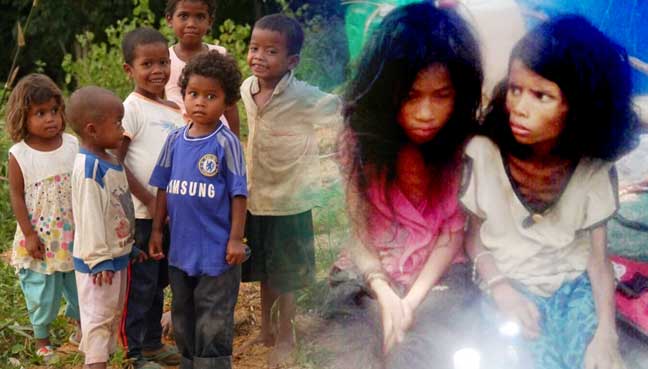 What would you do, if teachers threatened your children with a severe beating, or made them hold chairs and tables, above their heads, in the hot sun, as punishment?

How would you react, if the teachers did not turn up for lessons and the students were left in their classes, bored out of their minds?

Would you choose to send your children to this school?

You would boil with rage, but how many are aware that this is what many Orang Asli (OA) families have to endure?

Young children are missing from school

The remotely located Pos Tohoi is only accessible by 4WD vehicle.

Urbanites would not dream of sending their seven-year-old children to boarding school, but the OA children, who live in small villages deep in the interior, have no choice, for now. To receive an education, OA children have to go to a boarding school.

The parents of the missing children were not informed of their disappearance until a few days after they ran away. The authorities delayed the “Search and Rescue (SAR) mission”, because they believed that the parents were hiding the children. Some parents even received letters, containing the threat to expel the children, if they did not return to school.

A month after their disappearance the SAR was extended to an area of 140 km in radius, including small towns in Gua Musang.

Then, seven weeks after the disappearance, two children were found close to death a few hundred yards from the hostel. Five had died.

By this time, stories had emerged of the ill-treatment of the Orang Asli children. They had been threatened with severe beatings, because they wanted to swim in a nearby river at the weekend. Why could the teachers not accompany them?

Older pupils said teachers had been absent from class and left children to their own devices. So, have the staff, who were responsible for the shoddy treatement of the children, been fired, or punished? Despite the childrens’ complaints, the ministry has refused to address the allegations.

Soon after the tragedy which befell the seven OA children, from Pos Tohoi, the parents of the affected community were invited for a dialogue with the education ministry and state officials.

The government representatives  refused to comment, when asked about the follow-up action after the tragedy. One even had the audacity to say, that the children disappeared because it was “an act of God”.

There are allegations that teachers are sent to rural schools, because they have been guilty of gross misconduct. These teachers take their frustrations out, on the children.

Steps to prevent a recurrence

Two years later, we do not know what remedial measures have been put in place, by the Ministry, to protect the OA children.

Have the various ministries, who failed the children, learnt from this terrible tragedy?

More importantly, have the guilty teachers, including the headmaster and the warden, been punished?

Has anyone been held responsible? Did the children die in vain?

With a week to go before 60 years of Merdeka, Malaysia’s forgotten people are still ignored.

Video Clip: Al-Jazeera’s video of the events after the tragedy.

6:47 Child said that the teacher warned us that he would kick us

10:37 “I am not in a position to comment” said an official in response to the reporter’s question whether the school was investigating any of the allegations of mistreatment by the teachers and also about the teachers’ absence.

10:40 Reporter asked if any teachers had been sacked over the children’s allegations…

11.33 Reporter asks if anyone from the school will be punished for the abuse and the official replied, “Who wants to be punished? Who’s wrong in this case? I don’t see it….”

(Note: You would not like it, if strangers trespassed onto your property, uprooted your fruit trees, gouged up your lawn, and killed your pets. You would be furious if the same strangers, desecrated your ancestral graves…but this is what is happening to the OA today.)