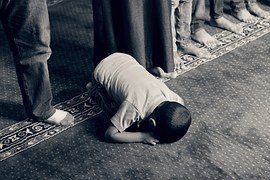 In October 2016, writer, and Islamologist, Farouk A Peru, proposed having the traditional Friday, congregational prayers for Muslims, moved to Saturdays.

In this video, Farouk tells me why he backs the Saturday Jummah.

His explanation was very simple. In the West, where he is currently doing his research, he was denied the full congregational experience of Friday prayers.

Back in Malaysia, workers and students are allowed time for Friday prayers, unlike in the west, where Muslims may have to rush back to work, school or university.

Farouk remembers his childhood in Malaysia and said, “I grew up in a traditional Muslim (Sunni) family. My late grandfather raised me and he was already a pensioner when I started going to Friday prayers with him.

“We used to go an hour and half earlier than the adhaan (call to prayer) so as to get to the first row.

“It was a very boring time for me as a child but as a young adult who had a keen interest in religion, it was wonderful. The mosque had an extensive library and I used to pore over books by Al-Ghazali and An-Nawawi before the prayer started.”

As a teenager growing up, in Petaling Jaya he said, “When I was in secondary school too, â€˜Fridayâ€™ prayers was not a rush job. Malaysian schooling times worked around it so even for the schoolâ€™s afternoon session, we could walk to school at a leisurely pace after the prayer.”

Farouk, who has lived around two decades in England, spoke about the difficulty of locating mosques, and that when he finds one, he said, “… they may not be conducting the service in English or may not be of the flavour of Islam you seek.”

The Islamologist, who has had his fair share of run-ins with conservative Muslims in Malaysia cites two verses from the Quran behind his proposal to have Saturday Reform Jummahs.

Farouk wants Muslims to have a deep, meaningful spiritual experience.

He is critical of the government-run mosques in Malaysia and said, “In Malaysia there are plenty of mosques, all run by the government who give a standardized sermon to be read state-wide. There is little room for variation and it becomes a robotic experience.”

He dismisses the idea of being attached to rituals like in Malaysia and says that Muslims are in danger of creating a “tick-box” Islamic-experience, where people have forgotten the need to “congregate to recharge our spiritual batteries and even perform social service”.

The Malaysian Muslim conservatives have condemned  him, lodged police reports and termed him a deviant and indirectly accused him of wanting to topple the government.

Anyone who knows Farouk knows that none of the accusations are true. Neither is he trying to change Islam.

He wants Muslims to enter into intelligent discussions and be open minded. He reminds them to consult the Quran whenever they are unsure  and confused by what they are told.