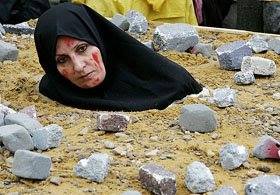 During my time, IKIM (Institute Kefahaman Islam Malaysia) was the ground breaking and luminary institution although I donâ€™t think those descriptions apply anymore.

A more recent institution is IKSIM (Institute Kajian Strategic Islam Malaysia â€“ Islamic Strategic Research Institute of Malaysia). Quite a lofty goal stated in their name but the paucity of logic displayed in this piece which appeared in the racist Ismaweb did not live up to it at all. In fact, it was quite horrendous.

The piece was authored by IKSIMâ€™s research fellow, Rehan Ahmad Bin Jamaluddin Ahmad. Rehanin turn was responding to an FMT piece by Ravinder Singh titled â€œPAS: Epitome of ego and arroganceâ€ which stated, quite correctly, that hudud law is not divine.

Rehan took exception to Mr Singhâ€™s piece. That in itself is not the issue. The issue is rather in how Rehan constructed his rebuttal, and I use the term loosely.

Rehanâ€™s opening defence was â€˜Firstly it is a fallacious claim, without any truth in it. We would not be addressing the numerous fallacies in the statementâ€™.

To be accurate, what Mr Singh posted was not a claim but a rebuttal. The claim is made by the proponents of hudud and hence the burden of proof (a key component in Logic) must be upon them.

Rehan also declines from addressing the numerous fallacies Mr Singh made. How can we know they were fallacies then? Mr Singhâ€™s â€˜fallaciesâ€™ is essentially the point of the exercise!

Rehan proceeds to state that â€˜Secondly it is not a concern for non-Muslims, hence the wiser bunch of society choose to stay calm and quiet. Hudud is prescribed for Muslims in the Qurâ€™anâ€™.

Once again, not true.

Hudud should be a major concern for non-Muslims because they will be affected by it as well. The body snatching activities by religious authorities is a painful reminder of this.

Secondly, while the Quran does not have hudud laws, it never limits its policies to Muslims only. If a law is agreed upon (and this is important, it must be democratically agreed upon), ratified in any given polity, then it must be equally applied regardless of faith. Chapter 4 Verse 58 is a testament of this. It was quite surprising that Rehan stated otherwise.

Rehan concludes Hudud is divine because, â€˜Some of the punishments of Hudud are clearly mentioned in the Qurâ€™an. Since Qurâ€™an is the word of God, and Hudud is in the Qurâ€™anthus we can safely conclude Hudud is from Godâ€™.

The logical pathway in the above statement is suited to what an ISIS member would say. ISIS or any kind of Jihadis fail to perform any kind of interpretation on the Quranic text. They are purely atomistic (they quote verses or even half verses without considering context) and literalist (they do not consider figurative language at all).

What is worse though is that Rehan is arguing purely from authority. In other words, he is not engaging with Mr Singh but saying that his belief in the divinity of the Quran is proof. This is what is known as circular logic. The Quran is divine because Rehan says it is. Hudud is divine law because Rehan thinks the Quran speaks of those laws. Rehan totally â€˜forgotâ€™ the element of interpretation!

And why did Rehan say â€˜someâ€™? Simply because the vast majority of hudud laws do not come from the Quran at all. The apostasy law, in which Muslims are killed for leaving the faith, is distinctly anti-Quranic yet Islamofascists have no problem promoting the law. Can any law which goes against the Quran be considered â€˜divineâ€™?

It is a sad thing in this day and age when a â€˜strategic instituteâ€™ can resort to these primitive arguments for their â€˜defenceâ€™.

What Rehan should have done was to investigate the process from text (shariâ€™a) to process of appropriation (fiqh) to ratification (hukm).

In this process, human analysis is applied to the divine text and what we are left with is a distinctly human set of laws. That is why even the two PAS-led â€˜Islamic statesâ€™ of Kelantan and Terenganu could not agree before!

Writer & Islamic scholar Farouk A. Peru, is a brave Malaysian who dares to confront the bigots in Malaysia.

Please note: The featured image, for illustrative purposes, is from https://mohsinism.wordpress.com/2014/02/03/pakistan-world-human-watch-report-2014/