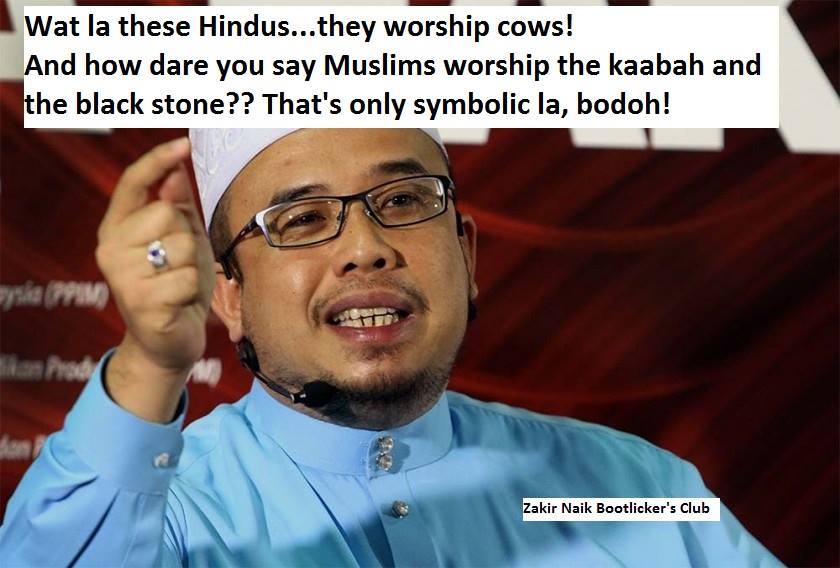 It is difficult to be a fair minded Islamic scholar, especially in Malaysia. There is simply too much wealth, power and influence to sway the scholars from being fair to everyone. The Mufti of Perlis, Dr Mohd Asri Zainal Abidin (Maza) was an exception. When the intellectually barren issue of giving salam to non-Muslims came up, he was the first to allow it by proffering a most rational understanding. When the Mufti Harbi of Pahang said that non-Muslim Dap were ‘warring infidels’ (kafir harbi), Dr Maza was the first to correct him. Yes, Dr Maza had a strong following of moderate Muslims and even admirers from other folks among the Rakyat.

Today, for the sake of Zakir Naik, he chose to throw it all away.

In an unprecendented, totally unexpected move, Dr Maza chose to attack our Hindu brethren! Why? Because a section of them (quite likely Hindraf) demanded action against the poisonous Dr Zakir Naik. Last year, Dr Maza expressed his bewilderment at how the news portal Malaysiakini was hostile towards Zakir Naik and Islam. Bewilderment, really?!

Zakir Naik has spent his entire career disparaging the faith of others. He misrepresents those faiths by interpreting their teachings in the most literal way. This is typical of a Wahabi as I am sure Dr Maza will be quite very familiar. Ask a Wahabi if God has two hands (Quran 5/64) and he will squirm because he is not equipped to engage with the allegorical metaphysics of the Quran.

Now, Dr Maza himself has put his foot in it. He claims Hindus are ‘cow worshippers’ and that they have barbaric practices like the Satti. As one who has many Hindu friends, I can tell Dr Maza, please don’t be a literalist Wahabi, mate. Hindus have a reason for revering (not worshipping) the cow. It is ultimately a symbolic act which is intended to worship God. We can disagree with it but please give Hindus the right to interpret their own faith!

Dr Maza would certainly not like it if non-Muslims told us that Muslims worshipped the Kaaba in Mecca and kissing the black stone (hajr al-aswad) was pagan act. Muslims even wave bye-bye to the Kaabah so what if other people say that we take it as an object of worship? Of course, we too have symbolic reasons for these acts. If we wish people to be understanding towards our rituals, we must first seek to understand theirs. Don’t disparage the faith of others lest our own faith be disparaged (Quran, Chapter 6 Verse 108) 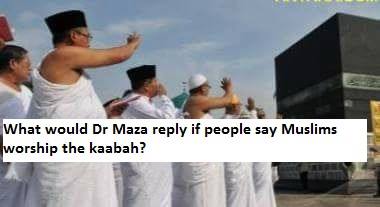 As for the Satti practice of burning widows in the funeral pyre of their husbands, it was outlawed long ago. Have the barbaric practices of stoning adulterors and tossing homosexuals off cliffs been outlawed in the Muslim world? Not so! Those in glass houses should keep their stones to themselves.

Today, Dr Maza has shown us his petty and vindictive side. We must never again look up to this man. He used his position and privilege to attack a religion practiced by his fellow Malaysians. And all for whom? Zakir Naik, a man who has inspired terrorists!