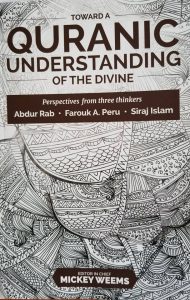 Farouk A Peru’s latest book is called “Toward a Quranic Understanding of the Divine: Perspectives from three thinkers“, which he wrote together with Abdur Rab, and Siraj Islam.

It is a paperback consisting of 134 pages, published by CreateSpace Independent Publishing Platform (12 Dec. 2017). The book is in English.

Farouk A Peru needs no introduction. Born and raised in Petaling Jaya, he is a well known Malaysian activist, Islamologist and columnist for various alternative Malaysian newspapers. He shares a love of cooking and regularly meets up with the Malaysian diaspora in London, to share recipes and taste one another’s dishes.

Abdur Rab is a professional economist. He holds bachelor’s and master’s degrees in economics from Dhaka University and received his doctorate from Harvard. He has served in government and non-government organizations in Pakistan and Bangladesh and worked for numerous international organizations.

Siraj Islam is a medical doctor who was born and raised in Bangladesh and now lives in London. In addition to his clinical and research work, he is interested in science, philosophy, sociology, history, literature, and comparative theology. He has edited two Bengali social studies journals and authored several Bengali books.

In “Toward a Quranic Understanding of the Divine”, the authors say that we cannot consider humanity’s relationship to the Divine without asking questions such as “How can God exist? What lessons does He have for us? If God is omnipotent, what role is there for human free will?”

In the foreword, Farouk said, “I am most grateful to my friend Abdur Rab for including me in this project. A book such as this is important due to the fact that many, if not most, people would be daunted by the prospect of trying to understand the Quranic concept of Allah. And who could blame them?

“The Quran uses the term ‘Allah’ a total of 2699 times and His most pertinent role, as ‘rabb’ (Lord, nourisher or sustainer) a total of 978 times. The Quranic concept of God is nothing if not infinitely complex! Yet in that complexity one would find the foundations for a powerful understanding of the text itself. The prevalence of the divine concept in the Quran is such as that, if one masters that concept to a significant degree, one may come to understand its philosophy most profoundly.”
Farouk adds, “Towards A Quranic Understanding of the Divine” was written for the Quran student. It does not matter what religion you belong to, it is simply a matter of building a relationship with God. We have broken down the process into manageable parts for you to begin your journey!”
The book is sold by Amazon here.  It is dispatched from and sold by Amazon. Gift-wrap is available. 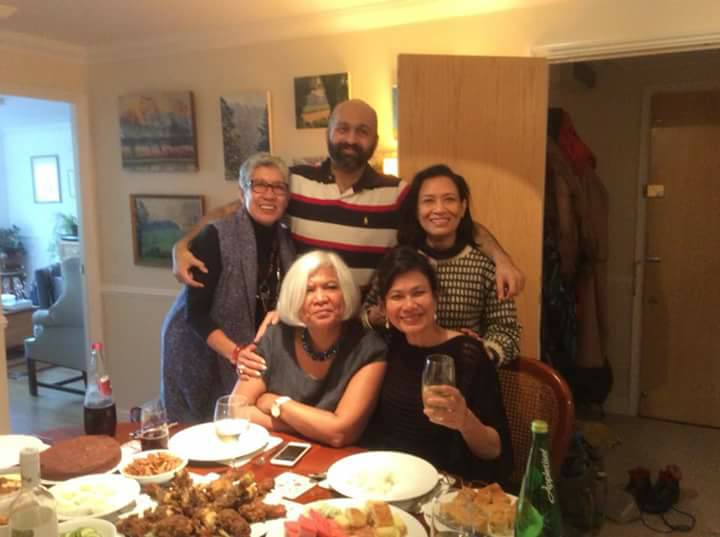 Farouk is often mobbed by his admirers.