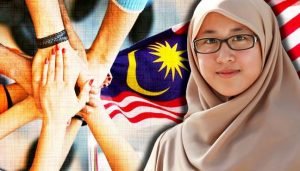 A Response to Ismaâ€™s Deceptive ‘Islamic Liberalismâ€™ By Farouk A. Peru

Isma is becoming more and more sophisticated in its deception these days. There used to be a time in its discourse when simple racist and Islamofascist rhetoric was enough to bludgeon readers into submitting to its poisonous discourse. That time has now passed. Now, Isma must adopt subtle means of seducing new members by pretending to be what it is not.

The question which was at the epicentre of the conference was”Liberalism and multiculturalism: Does freedom unite or divide?”. Hazlin was quick to say that â€œOne of them was the freedom of speech and expression that LIBERALISM IS PROMOTING. Mind you, we are not against any types of freedom (as what the media is despicably trying to portray), as long as the freedom does not cause dysfunction, disharmony and disruption to the society, as what have shown by the likes of Alvin Tan and Ali Abd Jalil.

This is nothing but a bald faced lie. Hazlinâ€™s illustrious leader, Abdullah Zaik, the confused ustaz who is also a racist was recentÂ­Â­ fined (but surprisingly not jailed, such is justice in racist Malaysia) for authoring ‘Kedatangan pendatang Cina bersama penjajah British satu bentuk pencerobohan’ (The arrival of the Chinese with the British colonialists a form of intrusion).

Why did Hazlin not mention Abdullah Zaik alongside Alvin Tan and Ali Abdul Jalil? The Quran, after all, does instruct believers to be just, even if against themselves (Chapter 4 Verse 135, 5/8).

Before Hazlin proceeds to tell us why liberalism does not promote multiculturalism, she does have the following caveat:

But before we get into that, here are my arguments against why liberalism does not promote multiculturalism. Please leave all your racial sentiments and whatnot behind and let us try to get into this topic civilly and rationally.

I beg your pardon? Please leave your racial sentiments behind? This coming from someone who represents ISMA?! How on earth can anyone take her seriously when her president was fined for making a seditious remark? Not only that, Isma makes it a principle to support bumi rights. Racial sentiments happen partly because of racial inequality and Isma seeks to keep that status quo. Despite their ostensible â€˜Islamicityâ€™, they do not trust Islam to guarantee them success so they need to have a partner alongside Islam which is Malay-racism. So until Hazlin denounce racism and bumiputera-ism, she has no right to make the above remark.

Hazlin opens her criticism with the following statement:

I was arguing against liberalism at a fundamental level- as an ideology- not referring to the basic, universal elements of freedom and rights that liberalism is borrowing and seems to be claiming as theirs.

Isma is perhaps unaware or at pains to hide the fact that â€˜Islamâ€™ is not just one thing anymore than Sungai Kelang has only one source. Islam is a global tradition that has absorbed elements from various cultures along its historical trajectory. This is why, for example, we have different forms of Sufism from the austere forms in the Arabian peninsula to the more ostentatious ones in sub-saharan Africa. Islam is not just one thing and it is especially not Ismaâ€™s one thing. Islam is a multiplicity of things and we should celebrate that diversity.

To note, the very fact that Hazlin was able to speak despite being the only conservative among a panel of liberals shows the advantage of liberal ideology. It does not seek to repress opposing voices. Would conservatism allow this? Let us remember that Islamofascists are still discussing whether women should speak in public since their voices are â€˜auratâ€™! So indeed Hazlin should be grateful for such freedoms. In the â€˜home of Islamâ€™, she may not be so free.

Hazlin continues to use platitudes and romantic notions of Islam and says: Islam has come a long way to liberate people from tyranny, oppression and repression. Long before the liberalism ideology was created, there were already concepts of ‘syura’, where people can argue and voice out their discontent or disagreements without the risk of being persecuted just because they had different opinions from the government. Women were already given so many rights that were non-existent to other women including those from the West. Those rights included political rights, for example voicing out opinions on political issues without being ostracised or caught just because a lady has an opinion.

This is the kind of propagation material Ahmed Deedat and his superficial assaults on Christianity used to spout. It is useful for a â€˜feel goodâ€™ experience but is totally devoid of substance.

All we need to do is ask one fundamental question â€“ will Hazlin support Muslims who wish to leave the faith? I would be utterly surprised if she said â€˜yesâ€™. It would go against the entire system of Islamofascism to which ISMA subscribes.

I would agree though that the Quran gives people unconditional freedom. It does not aim to legislate faith the way Islamofascists do. The reason is simple: God does not stand to gain anything from our faith while the Islamic priesthood does. So yes, Islam does give freedom but not the Islam which Hazlin and her organization preaches.

In short, Liberalism is an ideology which emerged from a particular socio-cultural context. It has its shortcomings but it is the reason why we have open societies at present. While the Islamic civilization has its own conception on freedom back then, its current prevalent manifestation is a fascist system which seeks global subjugation. This is not Islam at all to me but rather Islamofascism. Isma needs to do better to convince us of its lies.

Rebuilding Malaysia is proud to present our guest columnist, the writer and Islamic scholar, Farouk A. Peru; a friend and a brave Malaysian.

Few Malays/Muslims dare to confront the bigots at home in Malaysia. Farouk is one of the few brave ones.