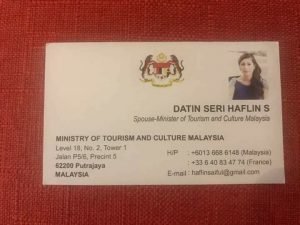 Here are a few things which Tourism Malaysia will not want other people (Malaysians and potential visitors to Malaysia) to know.

Everyone in government thinks BIG. Nothing wrong with having big ambitions, but in the Malaysian government, those ambitions are to make lots of money in subcontracting services. Thus making logos is big business. Think Scorpene. Think the MAS nasi lemak scandal. Think T-shirts. Think all those items that are scrutinised, critised and written about in the annual Audit. Clocks which cost thousands of dollars each. Screwdrivers that are a few hundred ringgits each. Computers for national schools which are ten times the price in a shop.

The same modus operandi for getting a company to design a logo also applies. Do NOT criticise the logo. Criticise the “behind-the-scenes” scandal.

Remember the uproar for promoting KL in April 2016?

And yesterday, it was the Tourism Malaysia logo.

2. The Ministry is a family business

Do you recall that in June 2017, the Tourism and Culture Minister, Mohamed Nazri Abdul Aziz, denied that his ministry had issued a business card for his wife with the title “spouse-minister”.

Hubby alleges card to be fake

Well, he would say that wouldn’t he? He promoted his son at one time. Why not his wife, although he claims it is “fake”.

He pleaded, “She is not a ministry staff, it’s fake. There are people out there who are trying to get at me.”

He’s right. Among his party members, there are plenty trying to topple him.

Then there are the Sarawakians who are cross with him for imposing the “Tourism tax“. 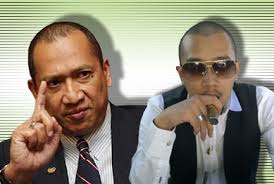 Hah……remember a few years ago, how Nazri installed his son as “Special Tourism Advisor” a young man with no suitable qualifications, and especially people skills, unless you call beating people up, physical communication.

Nazri was exposed and poor Nedim, was downgraded to “Assistant” in his father’s constituency. What would a testosterone-driven young man, with a load of fast cars allegedly on loan to him by papa’s crony friends, want to set foot in Padang Rengas? Nedim is a city-slicker, with no interest in a kampung constituency.

Nazri claims he vets and approves all the business cards from his ministry.

What? All of them? Is he a minister or is he a “penjaga kad”? We do not pay his gaji for him to approve cards.

One of the more controversial  former Tourism ministers was Dr Ng Yen Yen. Remember how she hid the fact that she was a Permanent Resident of Australia   but at the same time, as Senator, she swore her allegiance to the Agong? 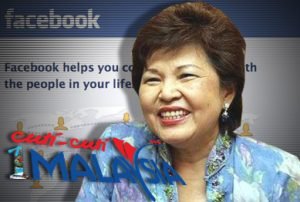 Then she said she spent RM1.8 million on six Facebook pages to promote Malaysia. What? We could have done if for her for free.

She  also criticised us for practising our democratic rights in Bersih. She said that riots gave the impression that Malaysia was not a peaceful and stable country and stopped foreigners from participating in the MM2H programme.

Yen-Yen was accused of being a “Tourist” minister instead of promoting tourism because she was forever flying overseas, on first class with hubby in tow, and chalking-up more air miles than she was chalking-up business for Malaysian companies and promoting Malaysian products and attractions.

3.Tourism director and wife who abused their children for refusing to pray

In 2014, Azizul Raheem Awalludin, the Stockholm director of the Malaysian tourist board, and his teacher wife, were charged and jailed for abusing their children, for refusing to pray. 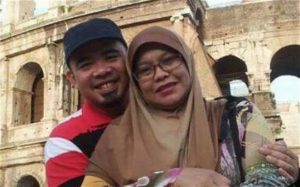 When the children were taken home to their relatives, guess who jumped onto the “drama minggu ini” bandwagon and made the whole affair into a sickly vote attracting, publicity circus.

When Azizul’s children arrived at KLIA, they were whisked to see Najib and the “self-styled”* First Lady of Malaysia (FLOM). The kids were paraded like a freak show exhibit, and reporters flocked around them while FLOM and Najib made out they were the kindest most compassionate people to take the welfare of the kids at heart. 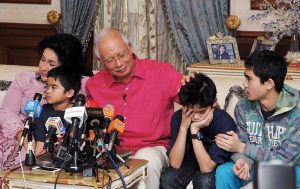 I’ve had a long and exhausting journey from Stockholm via paris etc etc….we have yet to go to see out auntie who is waiting in Kota Baru Kelantan….You just want a photo shoot with us kids to boost your (un)popularity…just let us go and home and rest!

The children were weary and jetlagged and should have been put on the first flight to Kota Baru, Kelantan, to be with their aunt and settled into their new life, without their parents. Culture shock would have set in; from a relatively carefree and privileged (expat) existence in Stockholm, to a cloistered, goldfish bowl life, in conservative Kelantan.

The latest casualty of price cuts is the New York Tourism Malaysia office. Is Malaysia bankrupt? Has MO1 used up so much of our resources that these offices have to be closed?

It sounds like MAS, where political interference sapped it of money and the will to survive.

MAS is the national flag carrier and an international airline, but so many overseas stations were shut , except for the London-KL route (in the western hemisphere). Someone said London route exists only because so many high-up Umno-Baru/BN politicians and VVIPS, own homes in London. MAS is their taxi ride home, to attend official functions. Their wives shop in Harrods. Their kids get a sound education in local schools. 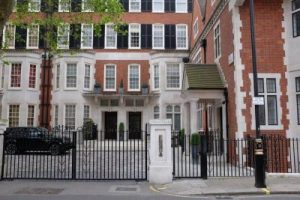 What about the efficiency of the Tourism Offices? Well….. I once phoned up many Tourism Malaysia offices in the PRC, Australia, America, and England, to find out if they were aware about Visit Perak Year 2012 (VPY).

Guess what! None of them had heard about Visit Perak Year 2012. The people manning the phones said, “VPY is NOT “Visit Perak Year”, and adamantly stated “VPY is “Visit Philippines Year”.”

Oops…..Tourism Malaysia! How could you? Philippines is not in Malaysia. Perak is! How come you are not promoting Perak for VPY 2012? Shame on you!

The last time I visited the Ipoh one, the staff were reluctant to speak English, and when I asked them questions about Perak sights, the staff told another staff member that I asked too many questions. (“banyak cakap”) 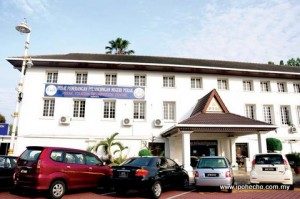 I pretended I was from the Phillipines and could speak no Malay, only English. So, in Malay they criticised me for wanting to know how to get to the different destinations in the Perak brochures and to describe the attractions.

Is this how they respond to a tourist?

Perhaps, the Ministry of Tourism, and not just the New York Office, should close shop. Clearly, Nazri is not doing his job.

Definition: *”Self-styled” means she (or her hubby)  awarded herself the title. I did not award it. She (or MO1) did! Remember the pink FLOM website on the Prime Minsiter’s official website, which was quickly taken down, when Malaysians complained?