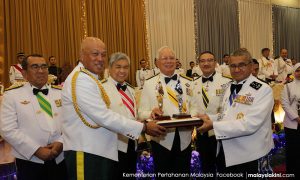 Raja Mohamed Affandi urged both the troops and police to be grateful and loyal to the government led by Najib, whom he praised, for giving special attention to the security forces. He said, “Our families are given homes so that we can rest properly, and our wives and children are safe and sound.

“To deal with cost of living, we are given service schemes that are good.”

He added that the government also looked after the welfare of veterans and police officers, and said, “We as the troops and defenders of peace, should feel gratitude for the benefits given.

“I urge that we manifest this by giving our undivided loyalty to the country and the government led by the prime minister.”

What was Raja Mohamed Affandi thinking? The world is watching him. Malaysians are observing and taking note; but more importantly, the people under his command, as well as former ATM personnel are shocked at his misplaced loyalties.

Our loyalty is to King and Country, but Raja Mohamed Affandi showed blind loyalty to Najib.

Since when did the armed forces become Najib’s private army?

Does the Armed Forces Chief know the difference between serving the nation and serving one man – Najib?

“If accurately reported, and knowingly and deliberately meant, I’m actually glad we now know for certain where he stands.

Having said that, I’m sure he, this Armed Forces Chief, knows fully well about the separation of government and party.

His comment could have been misinterpreted, as statements on such sensitive issues often do.

They always seem to get presented along a certain desired slant.

In any case, even if he had said and meant what was reported; at this stage and in the situation he was, it was probably “easier and safer” to say what Najib, sitting right there next to him, would like to hear.

Whether that was the right and ethical thing to do; and for a Four Star General and Head of the nation’s Armed Forces to boot at that, is another issue; but that could well have been the case.

So in a sense we might still get the “turn-around” even on his own steam based on conscience and Allah’s overriding command to do what is right as opposed to Najib’s personal wish.

No matter what he might or might not have said and meant, it would have to be in line with the clear and overwhelming will of the Rakyat.

There is no escaping this, since this nation’s Armed Forces are not meant to serve any individual or any party interests other than those of the nation and the rakyat as embodied in the notion of serving “King and Country”.

So, let us just hope and pray they will, at the right time, stay true to what their loyalty to king and country means, find truth and God… and do what is right to save our nation, from the worst possible and unthinkable scenario that we seem to be heading for.” 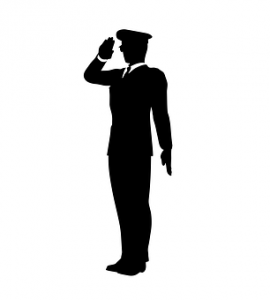