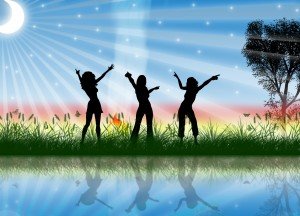 Young and talented, Dr. Sharifah Halimah Jaafar, consultant obstetrician and gynaecologist from Perak, is an exceptional woman. When she discovered that many women were suffering, she and her closest friends, set up a non-governmental organization (NGO).

â€œMy expertise is womenâ€™s health. In my practice, I encountered women with gynaecological symptoms but without the gynae-pathology. They had experienced domestic violence, rape or sexual assault. They could not speak out, but symptomatised their trauma into gynaecological problems. Doctors treated their symptoms, but not the cause of their problems!â€

Sharifah voiced her concern to Dr Mary Cardosa, a colleague and President of the All Women Action Malaysia (AWAM), an NGO based in Kuala Lumpur. AWAM supports victims of rape and violence.

In early 2005, Sharifah was introduced to a group of like-minded women, including Yip Siew Keen. They decided to form an NGO, similar to AWAM. At their first AGM, they selected the societyâ€™s name, appointed Sharifah as President and Siew Keen as Secretary.

At the end of 2005, the Perak Women for Women (PWW) was finally registered to provide community service. Members shared the same passion for improving the status of women in society. They believed that the sexes deserved equal treatment.

Personal financial contributions and donations from friends were crucial for start-up and rolling costs. Siew Keenâ€™s address was used for official correspondence.

Sharifah is full of praise for Siew Keen: â€œSiew Keen is the â€˜pulse of the societyâ€™. She coordinates our activities, maintains our Facebook entry and works full-time for PWW, voluntarily.â€

Sadly, the PWW lacks funds for full-time staff and the enthusiasm of some members is short-lived. Sharifah said, â€œWhen I needed to be away for a year, Siew Keen single-handedly ran the society and kept it alive.â€

The Good Shepherd, a missionary based NGO, provides shelter for victims of violence and enjoys a good working relationship with the PWW. Counselling is provided by Sister Helena.

Unfortunately, Muslim women felt uncomfortable with a nun and were referred to the Welfare Home, for temporary shelter.

Sharifah says, â€œWe did not require government help initially, but they supported us because we connected them to the people. We work with established NGOs like Womenâ€™s Centre for Change, AWAM, Womenâ€™s Aid Organization and Sisters in Islam.â€

The PWW, an apolitical, non-profit organisation, helps everyone irrespective of race and religion. Sadly, many women were afraid to come forward because of shame and fear of reprisals.

Sharifah says, â€œTypically, when a woman walks into our office or calls, Siew Keen assesses her needs. If counseling is required, Siew Keen chooses from three counselors.â€

â€œIf the crisis is acute, Sister Helena and Halida, another PWW member, see them immediately and assist in the follow-through, like accompanying her to make a police report.â€

â€œIf temporary shelter is required, we will find it. Sometimes I give them money, for their basic needs. We also search for long-term financial support.â€

Sharifah reflects on specific cases. â€œOne Malay mother found that her husband had raped their 8 year-old daughter. He was a drug addict who had threatened to kill his wife. After lodging a police report, both mother andÂ  daughter came to us for support.â€

â€œWe counseled them, helped her file for divorce in court and accompanied her to prevent discrimination. We helped her supplement her income. She is happy and supporting her four children. Looking back, she never thought she could make those big changes alone.â€

Sharifah is pleased with the women who manage to move on. However, some women were too frightened to face change.

â€œOne Malay housewife and mother of five, had a recurrent sexually transmitted infection, acquired from her husband. He was sleeping around and visiting sex workers. She was too scared to leave him! She loved him and hoped he would change.â€

Sharifah stresses, â€œThe rate of women with HIV is rising in Malaysia. Their numbers exceed those of drug addicts and sex workers combined. Most of these HIV women are housewives.â€

â€œPWW could be their saviour. If they feel trapped, we can help them take charge of their lives. We must create awareness and educate people on their right to a happy life.â€

With a young family and a busy work schedule, Sharifah juggles her time carefully. She attends to hospital emergencies, but will go to her children immediately, if they need her. She says, â€œThe same goes for the PWW and the women who need me.â€

Sharifah blushes when she was described as bubbly, hardworking, full of ideas, determined, active and a workaholic who survives without much sleep. She adds, â€œI am an emotional and expressive person, a true Capricorn. Not sure about full of ideas but the PWW needs them.â€

Her husband, a pediatrician, is proud of her contributions to the PWW. She says, â€œI married another Malaysian whom I met at university and who is of a different race, religion and culture.â€

â€œWe are two different people but share the same values. We never impose our differences and culture on each other. My husband is supportive of whatever brings me personal growth and satisfaction. He never complains and will assume my rÃ´le, at home, if I am away.â€

â€œHe is the first to contribute to fund-raising. If I die and live again for 7 times, I want to marry the same man because he is very rare and special.â€

Her daughter, the eldest of her three children, is studying medicine, whilst her son is at university in Canada. â€œThe children sometimes complain but I try my best, to be with them. At home, the family gets my full attention. My five-year-old daughter sometimes accompanies me to the PWW meetings.â€

â€œI speak Malay, English and Cantonese. Mandarin is difficult, although my husband and children speak it. I hardly have time for hobbies but I read a lot for my medical research.â€

Sharifah says the alarming rise in abandoned babies in Malaysia is mostly from Malays, as â€˜Malays are intolerant of unmarried mothersâ€™. She hopes for â€˜sex-educationâ€™ in schools but thinks it is unlikely in the near future.

Sharifah has successfully negotiated with the Perak government to set up a shelter, mainly for Muslim women. It should open its doors in 2011 to young women with unplanned pregnancies, domestic violence victims and their children, and also rape and incest victims.

â€œI leave everything in Godâ€™s hand,â€ says Sharifah. â€œI became a doctor because I wanted to save lives or bring new life to others. I love people and my job. I am glad the PWW is the stepping stone to a better life for many women.â€

Sharifahâ€™s message is simple: â€œCharity work is not for when we have free time, or when we are free from responsibilities. It starts by having the heart for it. My mother likened our lifetime to a savings account in the bank; we must spend not only for ourselves but share it with the family and community. When we look back on our lives, we know we have spent wisely.â€

(1)The PWW welcomes both donations and volunteers.

(2) Dr Sharifah has now moved to Johore Baru, but PWW is still operational in Ipoh. This is a tribute to her and also to her good friends, who started this charity and who are still running it. THANK YOU to all of them!