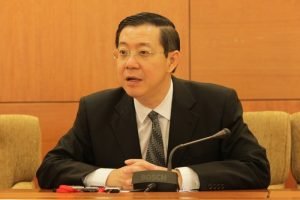 A person can choose to sell his property at whatever price he wants to sell. It is his prerogative.

It can be way below market value or far above the market price. It is his property and it is his decision. That is not criminal in nature and he has not committed any crime in doing so.

However, if his property was sold below market value in order to receive kickbacks in return, then it is something else. Whatever kickback he gets out of this deal not only will make good what he had lost in the sale, but he will also reap a greater profit from it. That would involve corruption.

The MP for Tasek Glugor, Shabudin Yahya, had implied an element of corruption in the purchase of a house allegedly bought at below market price by the chief minister of Penang. Shabudin had claimed that the purchase of the house in 2015 had links to the 2012 sale of a piece of state government land in Taman Manggis to the private company Kuala Lumpur International Dental Centre Sdn Bhd (KLIDC).

In other words, it was imputed that that piece of land in Taman Manggis was sold below market price in 2012 so that Guan Eng could get his bungalow below market price – three years later – in 2015 as a favour for selling the land cheaply. If that indeed was the case – and if it could be proven conclusively – then there is no question that a corrupt act had taken place.

But is that the case? Mere speculation does not become a fact.

Mere speculation does not become a fact.

In the instant case, since the Valuation Department decided that the market price of the property should be RM4.1m, the buyer have had to pay RM39,000 extra in stamp duty on the RM1.3m differential between the transaction price and the valuation level.

Nobody is ever charged for quoting a lower price. It is not a criminal act. It is not an issue at all.

Coming back to the issue of corruption, we are told that the buyer of the bungalow, the chief minister of Penang, was not the chairman of the Tender Board. He wasn’t even a member.

From the relevant facts made available, the Taman Manggis land was sold through an open tender chaired by the State Secretary. It would mean that there were other bidders for the land as well. If that was the case, who then would be the rightful buyer?

Surely it must be the highest bidder. If the land was bought legitimately through the proper tender process, how does the question of corruption come into the picture then?

Was the element of corruption wilfully manufactured?

Is it implied that the entire Tender Board had colluded with the chief minister in selling this particular piece of land to KLIDC below market price? Is the integrity of the members of the Tender Board being questioned? What is the basis for this?

If the entire tender process was above board, how does the question of corruption arise? Is it a cooked-up notion?

Was the element of corruption wilfully manufactured to implicate Guan Eng in the purchase of his bungalow below market price?

If Shabudin has irrefutable evidence to back up his claim, then he should say this publicly outside Parliament. It is a moral obligation. We would support him – indeed urge him – to do so.

Guan Eng, who dismisses this allegation as lies, will be compelled to sue Shabudin, who can lay bare the evidence in Court and nail Guan Eng. If Shabudin is out to get Guan Eng for committing corruption, then this would be the golden opportunity for him to achieve this.

Much hullabaloo is being created now about the affordable housing project that was intended on Taman Manggis – but not implemented – by the former BN government. When the BN was in power, it could have easily completed the housing project for the poor on this piece of land. But it would seem it had squandered that opportunity.

By God’s grace, the BN had another opportunity to complete this housing project. It had the means, the capacity and the political will to undertake this project successfully. Indeed, it went out of the way to seek and grab this opportunity and boldly and loudly proclaimed that it was going to build affordable houses on this plot of land.

The BN made this a burning issue for the GE13, slamming the Pakatan Rakyat government for selling the 0.45ha (1.1-acre) Taman Manggis land rather cheaply below market price for RM11.5m or at RM232 psf to a private company. The BN contended that the price should be double of what was sold to the private company.

This prompted the chief minister to offer the BN to buy the land for over RM22m or RM450 psf. With much bravado, the BN chief, Teng Chang Yeow, immediately agreed to buy the land. The total cost was RM22,407,300.

The BN was so eager to purchase this land in order to build houses for the poor that it wasted no time and even paid 1% earnest money of RM224,073 on 3 October 2012.

The BN was so flushed with money that it brought that amount – almost a quarter million ringgit – in cash together with a counting machine. The BN State Youth chief, Oh Tong Keong, accompanied by Penang MCA Youth chief, Tan Hing Teik, and Tanjung Barisan Youth chief, H’ng Khoon Leng, went to the chief minister’s Office  to hand over the money at 11am that morning.

However, they were denied entry by the guards at Komtar. The CM’s special assistant, Faridah Hani M. Yaacob, who met the group, said the state could not accept the cash and told them to bank in the amount to the state via the state treasurer.

The Barisan leaders later banked in the amount at a Maybank branch in Komtar.

State Barisan Youth chief, Oh Tong Keong, emphatically stated that the payment was to show the state Barisan’s seriousness and sincerity in buying the land.

“The state did not ask for the 1% payment, but if we do not take any action, the state will accuse us of not being sincere,” he added.

Subsequently, the Penang BN Youth chief, Oh Tong Keong, with gusto, declared, “The money and everything else is ready. We have successfully collected the remaining RM22.18m from Barisan supporters.”

Come 4 November, the BN failed to honour its remaining 99% payment. The Pakatan Rakyat government, in wanting to co-operate with the BN, gave an extended deadline of another month for the BN to meet its obligation. But this obligation was not fulfilled on 4 December 2012 and thus the 1% earnest money was forfeited.

The BN had two missions to fulfil:

(1) prevent the Pakatan Government from selling the Taman Manggis land at RM11.5m, considered by them as below market price; and

(2) give meaning to their great passion for the poor by building affordable houses on this plot of land.

But they botched both the missions, bringing to question their sincerity.

After all the beating of the war drums about the Taman Manggis land, after displaying all the determination of wanting to acquire this piece of land to build houses for the poor and after having collected all the money necessary to conclude the sale, why was it aborted? Money was not the problem. Then what was the problem?

What happened to all that bravado?

To organise demonstrations and demand that houses be built on Taman Manggis land only reveals political opportunism and does not in any way enhance their credibility or establish their sincerity.

What the Penang Umno Youth chief, Rafizal Abd Rahim, told reporters after the 25 March 2016 gathering at Taman Manggis – “We want to protect the people’s interests as they need a more comfortable place which they can call their own” – has a hollow ring to it.

In 2013, BN was wallowing in money. A nameless stranger had mysteriously donated RM2.6bn. A small part of that money would have sufficed to build the affordable houses for the poor if there was the political will and genuine desire to help the poor.

But RM1.5bn was splashed without a care to buy and bribe voters to retain power.

BN, you reneged on your word, you broke your promise, you dishonoured your solemn intention.

P Ramakrishnan is the long-serving former president of Aliran who served three and a half decades on our executive committee, has been with Aliran since its inception in 1977. Now an ordinary Aliran member, he continues to highlight issues of public interest to a larger audience.