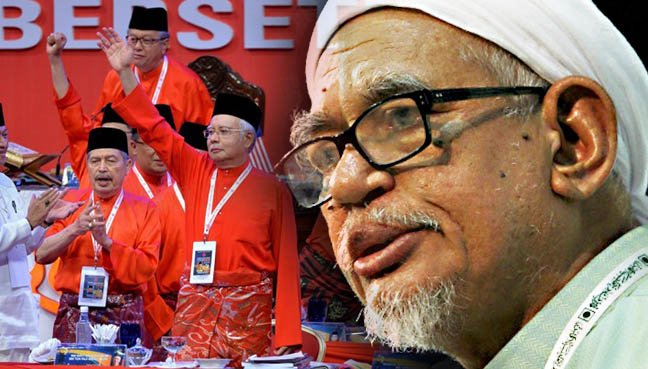 In the clip below, Islamologist and writer, Farouk A Peru dismisses PAS president, Hadi Awang’s demand for Syariah Law in Malaysia.

Below is a sample of the questions and answers

RUU 355 (or the Amendment to Act 355) is an attempt by PAS to step up hudud punishment.

Absolutely not. PAS have wanted to establish an Islamic state from the beginning. They have far greater support now, due to Islamisation.

In 2002, under Barisan Alternatif and in 2008, under Pakatan Rakyat, PAS reneged on their pacts and returned to the notion of the Islamic state. They deceived their coalition partners.

This is the idea that the state established by prophet Muhammad represents the ideal blueprint for Islam as a political entity. However, Muslims today fail to understand that Muhammad was responding to the situation of the time. The objective was not the state but rather the practise of islam. It is interesting to note that the Quran does not even have the word â€˜stateâ€™, let alone a state constitution.

It could not even work back then. 30 years after Muhammadâ€™s death, it fell into a monarchy and became dynasties of monarchs who never cared about the people but rather enriching their coffers.

No. It is simply an attempt to appease Sharia fans who think more painful punishments equates to more piety in God.

These so-called Islamic punishments are not Islamic at all. They are mostly the concoction of Islamic scholars from prevailing pre-Islamic laws  and from the old testament which even Christians donâ€™t subscribe to anymore.

At best, they are misinterpretations of the Quran. The Quran however, needs to be read holistically. We must note that less than 2 percent of it is about laws.

It is because PAS is incapable of actual governance. Flood and logging are proofs of this.

Yes, albeit indirectly. We must remember how Sharia is totalitarian and will end up affecting everyone. Maybe not now, but I believe this will pave the way towards a Sharia state. NikAbduh has already said so in one of his speeches.

Farouk says: The case of Indira Gandhi has brought about proposed amendments in Malaysian divorce laws. This amendment will ban unilateral conversion of children of divorcing parents. PAS has threatened to block these reforms if non-Muslim MPs oppose their syariah amendment bill.

10. What would you recommend as an alternative to the syariah problem?

Please note that PAS politicians, or Hadi Awang, are invited to contact us, to be interviewed, or rebut any of the remarks made during the making of this clip.