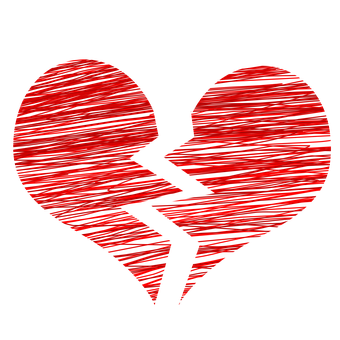 The romance between Hadi Awang and Najib Abdul Razak is over.

Yesterday, we were told that Umno-Baru will be naming and shaming PAS in the run-up to GE-14.

Is this how you treat the person you jump into bed with?

You deserve this Hadi. You have again failed the PAS grass roots supporters.

Some men are easily fooled. Others are a poor judge of character.

Sometimes, some couples find out, too late, that they have so little in common.

It is like going on honeymoon with your spouse and you just hate the way he leaves the toilet seat up, or she does not put the toothpaste cap back on.

In this report it is claimed that Kelantan Umno-Baru will highlight the failures of the PAS state government in administering Kelantan since 1990.

Najib’s gestures towards Hadi began with the special trip, to see Hadi, when he became ill and was hospitalised in Turkey.

All those sweet-nothings have turned to nothing. The promises. The “Together we can protect the Malays, and show the nons that in this Muslim nation, Islam will be respected”.

The Kelantan Umno-Baru chairman, Mustapa Mohamed, who is also the International Trade and Industry Minister,will talk about PAS’ failure to sort out the problems of land ownership, squatters and the lack of economic opportunities.

Mustapa said, “The people have given PAS the opportunity to develop Kelantan for the past 27 years, yet there have been no changes…if at all there were (developments) they were done by the federal government.”

He will also advise university students not to be easily confused by the Opposition.

It was Umno-Baru which denied Kelantan oil royalties for decades and made the Kelantan people suffer.

PAS’ weak leadership in the form of Hadi and his inner circle, combined with the cold hearted Umno-Baru leadership share joint responsibility for Kelantan’s woes.

Najib wooed Hadi, massaged his ego, then encouraged him to distance himself from Pakatan.

Then, Najib stuck the knife in Hadi’s back.

Breaking-up is hard to do. Padan muka.

Or just wayang to trick us?