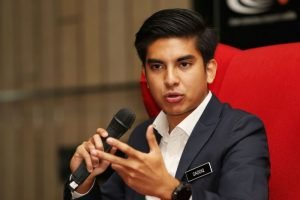 In a moving final press conference, at the Sports Ministry in Putrajaya, former World No 1 and Malaysia’s badminton champion, Lee Chong Wei, tearfully announced his retirement, flanked by his wife and the Sports Minister, Syed Saddiq Syed Abdul Rahman.

After 19 years playing badminton for the nation, Lee paid tribute to Malaysians for their support, the Sports Ministry, the Badminton Association of Malaysia (BAM), his coaches Misbun Sidek and Tey Seu Bock, various people who had helped him throughout his career, and the press, who had followed his career for almost two decades.

Lee, who was diagnosed with nose cancer in July 2018, after the Indonesian Open, said, “It is a tough decision, but I was left with no option after my recent visit to my doctors in Japan last month.”

As a fitting tribute to Lee, the Sports Ministry appointed him as the Chef-de-mission, for the 2020 Tokyo Olympics.

Lee joins a few other national treasures, like the Squash champion, Penang-born, 36-year-old Nicol Ann David, who will officially retire from professional squash this June, to pursue an exciting new chapter in her life. She won the world squash championship  eight times, was the World’s No. 1 for 112 months and was nominated by her fans and friends, as the “Greatest of All Time” in women’s squash.

Away from the emotional scenes, former national 5000m champion, C. Sathasivam Sitheravellu has expressed concern about the honing of young Malaysian talent to replace our champions.

Although retired from athletics, Satha as he is fondly called, still takes an active interest in the welfare and wellbeing of athletes, past and present. Several champions have announced their retirement, and Satha would like to know if the Youth and Sports Minister, has a plan to find,  and nurture, talent to replace the retired athletes.

He said, “Do the National Sports Council (NSC), or our Youth and Sports Minister, Syed Saddiq, have a blueprint to coach youngsters and produce world class champions, of the calibre of Nicol David or Lee Chong Wei?

“For two decades, these two athletes brought fame and honour to our nation, on the international stage. Our Jalur Gemilang was played countless times, after their victories.”

Satha does not want the NSC to focus solely on the 2020 Tokyo Olympics, and said that more should be done at the grassroots level, to nurture and develop raw talent in schools, clubs and academies. He said, “We should enhance our sports to ensure there is continuity in producing world class champions.”

He warned that participation at the highest level of sports such as the Olympics, or World Championships, depends on the foundation laid in community sports and grassroots development. He cited the crucial role played by the National Sports Associations (NSAs) in identifying and nurturing future world class talent.

He said, “At the 2016 Rio Olympics we managed to win 4 silver medals and 1 bronze, mostly in badminton, diving and cycling. We should concentrate on our core sports, rather than spending lavishly on non-performing sports.”

There is a large pool of talent to choose from, such as Welson Sim, 21(swimming), Shah Firdaus Sahrom, 23 (cycling), Rafiq Ismail (bowling), but Satha was worried that our athletes could only compete at South-East Asia (SEA) Games level.

Satha said that young sportsmen need to emulate the qualities of our retired champions,  who had the determination, perseverance and discipline to give their best for the nation. Nevertheless, he is confident that they will bring fame and honour to our country, and is hopeful that Syed Saddiq, will focus on developing the stars of the future. 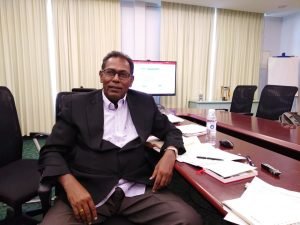