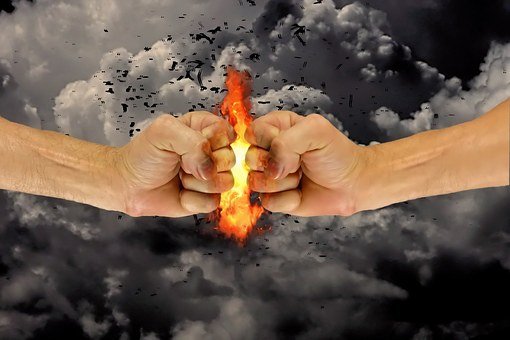 What happens when your employer fails to pay you? Do you report him and risk being fired? Do you work for no pay? Do you suffer in silence? The stories of the graduates who are taken advantage of, in Malaysia, are rarely heard.

When architect Sophia checked her bank account, she was furious. It was not the first time that her boss, had not paid her wages. The first time she was not paid, she was told that the firm’s clients were slow payers, but when the boss came to work in a new 4WD, the alarm bells started to sound.

She said that her former boss was initially a good mentor, who gave her ample opportunity to explore the different aspects of being an architect. She described his positive attributes, such as his leadership qualities, public speaking and his eye for design, but admitted that she should have heeded the warning signs.

She said, “He treated people with varying levels of respect. He was very forgetful and was bad at managing the company’s finances. This resulted in arguments between him, the receptionist and accountants. We learned to accommodate his forgetfulness and his temper.”

She said, “My official title was ‘graduate architect’ but over the three-and-a-half years that I worked for the firm, more and more employees left, so I was forced to take on additional responsibilities.

“I was involved from the design stage, to the construction stage, for various types of projects, ranging from residential, commercial to interiors in Malaysia and China. My scope included design, 3-D modelling & rendering, preparing client presentations, the production of construction and tender drawings, liaising with local authorities, consultants and clients, attending and supervising site visits, client meetings and supplier meetings.

“There were seven members of staff when I first joined the firm, but when I left the company, it was just me and my boss.”

In May, her boss told her that he could no longer afford to pay her. She said, “He still had not paid my salary for March or April. He said the company had no money, and that he would pay me from his personal funds, or I would have to wait till July, when a client would pay him.”

She agreed because she trusted him, but more because she did not have a choice. “This was my first job, after graduating from university, so I wanted to maintain a good relationship with him for future jobs and references.”

Although she was eventually paid for March, Sophia was told to wait until July for her April salary. This dragged on till August, when he wanted to review the terms of her employment.

She said, “By then, I had the courage to tell him I would not do any extra unpaid work, so I told him to transfer the amount he owed me, and that if he failed to do this, I would have to take the matter to the Labour Department.”

She called his bluff

Instead of paying her, he taunted her and encouraged her to report him to the Labour Department. She said, “He had been to London twice, since owing me money. The return flight cost more than he owed me.

“This was demotivating, but I was also sympathetic to his supposed difficult financial situation, and I thought that the work I was doing, and the amount of experience I was gaining was worth the financial uncertainty.

“When he could not provide a guaranteed monthly salary, he asked me to work with him on a project basis. He promised that I would get a small percentage of the bunce.

“I lost trust in him, when he either forgot this promise, or tried to weasel out of it because he told me I shouldn’t expect a down-payment as he had no money. His initial idea became something that I had no right to ask for.”

Last week, Sophia successfully took her former employer to court, and was paid her wages.

She said. “He probably thought I would not pursue my claim with the Labour Department. In fact, when he received the summons, he tried to meet me, but I told him, that we could talk, in court.”

Her advice to graduates is “Value your own worth. Know your rights as an employee.” and to employers she said, “You should aim to run your business with integrity. People will remain loyal to you, if you treat them with respect.”

Sophia is right. Loyalty is a two-way street. Too many employers expect loyalty from their employees, but repay it with perfidy.

“I was not the only person who left the company on bad terms with my boss. Employers like my former boss should be fined and have it on the company’s public record, so that others are aware.”