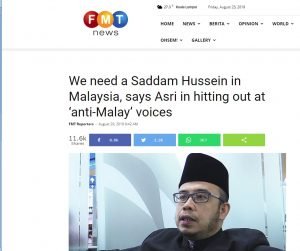 The Perlis mufti,  Dr Mohd Asri Zainul Abidin, aka Dr MAZA, should be careful when he makes a wish.

For a Malaysian who is a man of the cloth, he was highly irresponsible, when he said that Malaysia belongs solely to the Malays, and that the country needs a dictator, like Saddam Hussein, to stop the other races from questioning Malay “cultural and political dominance”.

As a Malaysian, residing in multicultural Malaysia, MAZA should appreciate that this nation comprises people of different faiths and cultures. We are not living in an age when tribal wars predominate.

Perlis mufti should relearn history and the formation of Malaysia

As a man of religion, MAZA should be uniting people and using his skill to conciliate, and not cause controversy. In the weeks leading up to Merdeka and Malaysia Day, MAZA strikes a very confrontational tone. 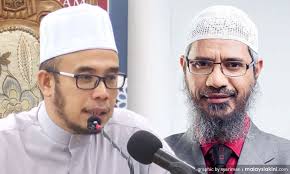 He may be defending his friend, the controversial preacher, Zakir Naik, who is an Indian-born Muslim. Zakir’s recent comments about Chinese being ‘guests’ who should be sent back, and Indian Malaysians who show more loyalty to Prime Minister Narendra Modi of India, are more insults against fellow Malaysians.

Zakir may be a Muslim, a doctor, a multi-millionaire & a televangelist with a wide following, but MAZA lacks Malaysian spirit and fails to show Malaysian patriotism and solidarity. His outburst about Malaysia belonging to the Malays is irresponsible and unwarranted.

So, was he speaking in jest, was he being sarcastic, or was he serious, when he said that Malaysia needed someone like the former Iraqi dictator, Saddam Hussein, to curb leaders from the minority communities, who dared to question Malay dominance?

How adequate is MAZA’s general knowledge and understanding of middle eastern politics, apart from the religious tensions? His description of the cruel Saddam is an understatement.

Saddam used chemical warfare and biological weapons against his neighbour, Iran, over border disputes and attempts to overthrow his regime. The Iran-Iraq war defined middle-eastern politics, and is arguably the longest and bloodiest war of the 20th Century. Over one million troops and civilians were killed because of Saddam’s desire to control the Gulf and its oil. The war started because he feared that the Iranian revolution would influence radical tendencies among Shites in Iraq.

Shites in Malaysia are already being persecuted. Allowing someone like Saddam to take control would spell disaster for the nation.

If MAZA were to study Saddam’s other crimes, he would hear that Saddam ordered the torture and execution of 148 people from the Shite village of Dujail after a failed assassination attempt, in 1982. The men and boys were rounded up and hauled to prison, for torture and eventual execution. Their  village was razed to the ground, as punishment. Its livelihood was destroyed. 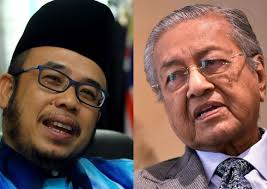 Was MAZA aware he insulted the PM?

The chilling tone set by MAZA is a cause for concern. Once considered one of the more progressive and open minded preachers, MAZA’s recent attack on the minorities and his call for a Saddam-like figure to rule Malaysia, is unacceptable.

MAZA’s anger against the minority races is clear. Will his condemnation spread to the Shite community and other Muslim sects, just like Saddam?

Although he acknowledged Saddam’s cruelty, MAZA said,  “…but because of him (Saddam) that Iraq was not divided during his time…”

Is MAZA naïve or just ignorant? Saddam and his sons, Uday and Qusay killed with impunity. They used the trappings of power and the government machinery, to strike fear in the population. People, including intellectuals and pretty women, disappeared overnight, never to be found again. Right thinking Malays who were renowned for their refinement, tolerance and sopan-santun, would have rejected MAZA’s wish, to have a Saddam in their midst. It is a pity that the Malays have lost the values they once held dear.

MAZA should not have insulted our prime minister, Dr Mahathir Mohamad, when he said that Malaysia needed a  strong, dominant leader, to take on the “many things we currently have.”

Mahathir and the police are doing their level best to keep the peace and foster national unity, but MAZA’s statement that “…we will look for a candidate (like Saddam)…” is ridiculous and has no place in multicultural Malaysia.

We will soon celebrate Merdeka & Malaysia Day, and should recall the wishes of Tunku Abdul Rahman, for a multicultural Malaysia. We must reject controversial preachers and people who disrespect the minorities.