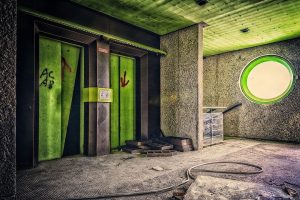 In most cases, lift related accidents are not all that common but those which result in injury and death need serious attention, by the bodies in charge of public safety.

The lift occupants suffered broken legs or ankles. The only person who was not physically injured, apart from being dazed,  had clung to the button panel, as the lifts plummeted with its doors ajar.

A  couple who had taken the lift to return to their unit on the 15th floor, said that the lift had  stopped at the fifth floor so that a boy could get off. They claimed that if the boy had been a few seconds slower, his leg could have been chopped-off as the lift suddenly plunged.

The Kerinchi tower block residents were lucky. Six years ago, in February 2013,  a lift malfunctioned and plunged five floors at the 10-storey accommodation block of the Lumut Naval base. The sole occupant of the lift was seriously injured in the wreckage and rushed to hospital.

A cable had snapped and struck the victim on the head and neck. She died the following day. Her husband, a naval officer, blamed the malfunction on lack of maintenance. Other residents had complained about weird rattling noises, when the lift was in use. 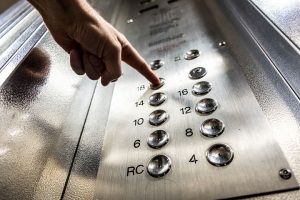 In the past, the Institute of Engineers of Malaysia (IEM) has issued press statements to say that lift tragedies, could have been prevented with a good and committed maintenance programme.

So what happened in Kerinchi? Was it a freak accident, as postulated by the Federal Territories Minister, Khalid Samad. The authorities had to summon experts from South Korea to perform a detailed investigation.

The Director-General of the Department of Occupational Safety and Health (DOSH), Ir Omar Mat Piah, eliminated vandalism, because the motor room was out of bounds to unauthorised personnel and said that the lift doors could only be opened with a special key.

Khalid claimed that the Kerinchi lifts had been regularly maintained by the KL city council (DBKL) and a lifting equipment certificate (Sijil Permit Mesin Angkat) from DOSH, was valid until January 2020.

In order to reassure the public, Khalid has ordered the KL mayor to audit the lifts in other PPRs. Perhaps, the mayor should verify that lift maintenance is only performed by authorised lift vendors.

How old are the lifts? Are old lifts still safe? 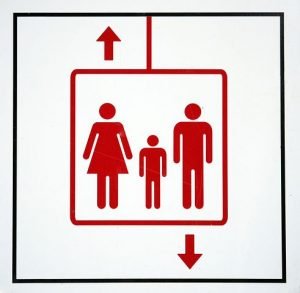 We know only too well, that in Malaysia, and some other parts of the world, irresponsible companies take short cuts, and use shoddy equipment, inferior lubricants, and make less frequent maintenance checks, to save money. Will Khalid’s ministry also address the other issues which crop up when lift accidents occur? Will his ministry address the industry shortage of technicians skilled in lift installation and maintenance?

Will the minister share the compilation of data collected from lift incidents throughout the nation, over the past ten years? How frequent are these accidents in public buildings? Did these incidents result in fatalities? How serious were the injuries?

What is our track record for lift incidents? What were the main causes of the malfunctions? were the malfunctions caused by vandals, poor maintenance, or power outages? Was anyone prosecuted for shoddy workmanship or mismanagement?

There are many high rise buildings in KL, and throughout Malaysia, so, lift maintenance should be a regulated industry. How scrupulous are the checks into the maintenance, examination and testing regimes? Do the results compiled by the ministry show a difference between lifts in the public and private sectors?

Let us not be complacent about public safety. We should not react only after an accident, injuries are sustained, or lives are lost.