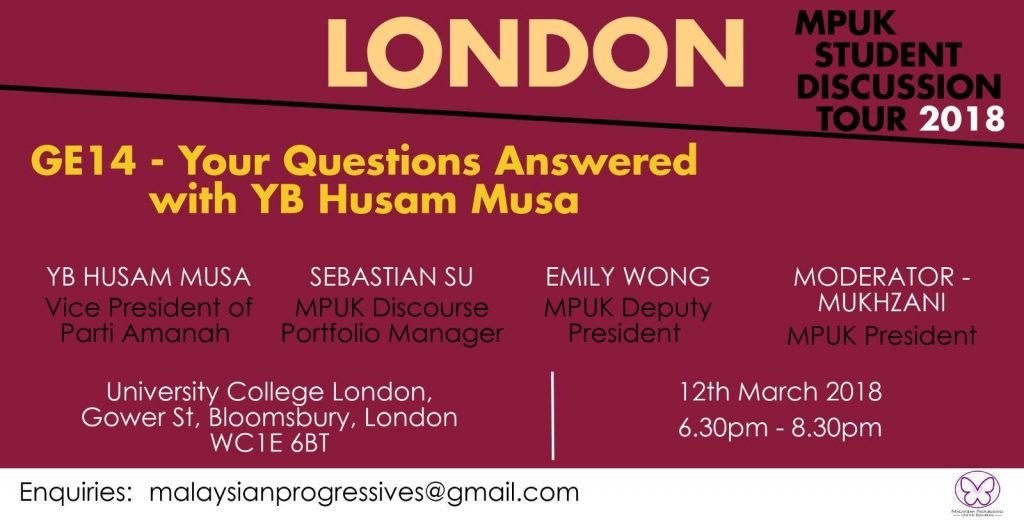 Please clear your diary for Monday, 12 March for a session with YB Husam Musa, the vice president of Amanah. 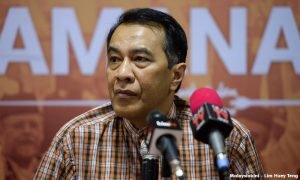 Who is Husam Musa?

Husam is the Salor assemblyman and last 7  February, was stripped of his datukship, by the Kelantan Sultan.

Some of you may say, “Shock horror!”

But one political cynic said,  “So what? Ditching the extra baggage, means he can propel himself forwards to making Kelantan a better place. What has PAS done for the Kelantan people? Instead of making the lives of the people better, PAS politicians, keep harping on about hudud, and cutting off limbs. With Hadi Awang in bed with MO1, why has he not demanded that the oil royalties be given to Kelantan? Let us see what vision Amanah has for Kelantan. ”

Those who know Husam claim that in the past, he has conducted himself with dignified patience during Parliamentary debates, and has earned the  respect and admiration from both sides of the parliamentary divide.

Husam is the man the PAS government in Kelantan fears. When he was scheduled to speak at a conference in Kota Bharu, Kelantan, last 28 December 2017, the hotel was forced to cancel the booking which Amanah had made months in advance.

It was alleged that Husam’s presence was not appreciated. Why? What did he have to say, that scared PAS so much?

He has exposed many of PAS wrongdoings. Just over a year ago, he said that PAS had allegedly used funds from a government trust, Yayasan Amanah Tok Kenali (YATK) to pay for a monument to the floods in 2014.

RM300,000 may be chicken feed in comparison with grandiose Umno-Baru projects, but to the poorest state in peninsular Malaysia, RM300,000 is a king’s ransom. The money could have been used to build permanent homes, for the flood victims.

Anyway, keep next Monday night free. The talk will focus on GE-14. Ask away on the night.

Thank you Malaysian Progressives UK, for organising this event.