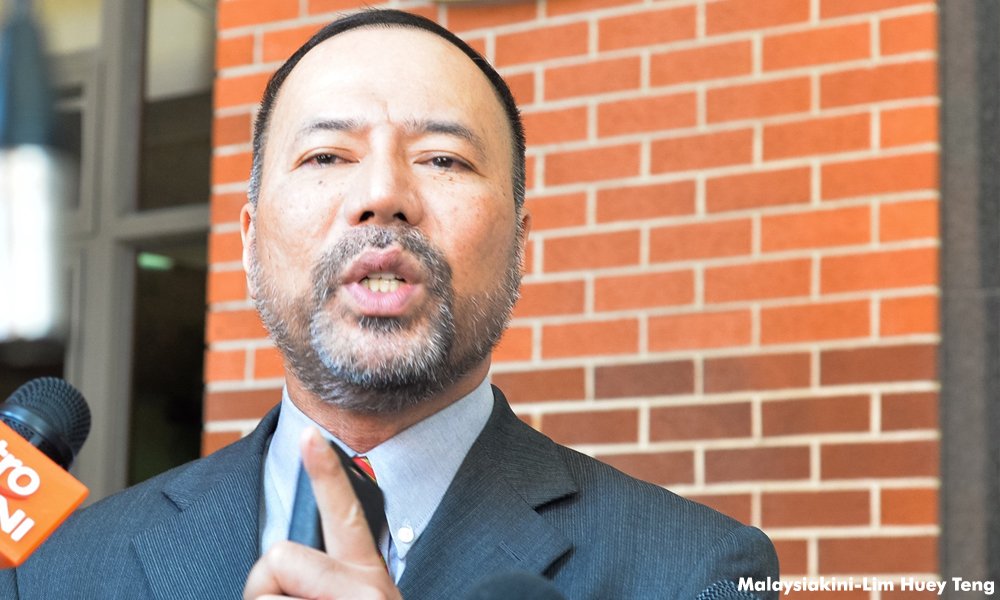 The Attorney-General of Malaysia is a national disgrace, and should resign.

In the press conference, Khairuddin had criticised Apandi’s handling of the 1MDB matter, calling him “haprak” (worthless) and demanded that he resign.

“Apandi is a government officer. The position of the attoney-general is part of the civil service.

“Is it in the constitution and law that I cannot call the attorney-general ‘haprak’? Is he above the law?

“Does it mean that I cannot criticise him at all?” he said.

Malaysiakini reporters covering the event then uploaded a video of the interview. Sadly, this clip upset the AG, who is now doing his best to harass and punish Malaysiakini.

If the AG can harass the media, just think how the AG can walk and trample all over you.

In November last year, Steven Gan, the editor-in-chief of Malaysiakini  was charged for airing Khairuddin Abu Hassan’s video of the press conference.

The video was uploaded onto both the English and Bahasa Malaysia sections of KiniTV on July 27.

Two days ago, Malaysiakini’s chief executive officer Premesh Chandran was also charged at the Kuala Lumpur Cyber Court, for airing the video, on the KiniTV website.

If the Attorney-General has paper-thin skin and is ultra sensitive about what he thinks other people are thinking of him, then he should not be in the hot seat. He should try being a reporter, especially an alternative media reporter.

These reporters get called all sorts of names by Umno-Baru leaders, threatened by them, their newspapers warned about being shut down or have their printing permits revoked. The reporters also face possible attacks by Umno-Baru and extremist supporters.

We see how muftis who threaten to kill non-Muslims just have the knuckles rapped. We see Red shirted leaders of thugs, also get a mild telling off where others whom the AG deems dangerous, have to stew it out in solitary confinement.

Value freedom of the press

If we want change in this country, we have to act as one and support one another in times of crisis.

This is one such time. Please show your support for Malaysiakini, because Najib Abdul Razak, via instruments of the state, are doing their best, to shut down the alternative media. Please also demand that your MPs bring up your concerns in parliament.

What sort of country do we live in when the media who are invited to cover a press conference are then charged for uploading the contents of the video?

Is this the country you want your children to inherit? The AG should try and dispense justice fairly. It looks like he is above the law.