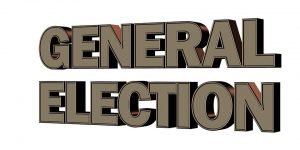 You are fed up with Malaysian politics. Let us imagine that you have just become the prime minister of Malaysia. On your first day in office, what would you ban?

The ulamas are the root of Malaysiaâ€™s problem. Some of them distort Islam and encourage us to practise racism and misogyny. They are more interested in the after-life, than life on Earth. Many claim that the Malay women are destined for hell. What can a woman expect in heaven, 72 studs? One man is a handful, but 72? One popular ustaz, claimed that women, who go to heaven, will be rewarded with an unlimited number of kitchen utensils, Pyrex, and gold bangles. Hell seems preferable.

Umno Baru/PAS  politicians for using the ulamas to further their aims, of driving a wedge in multi-racial and multi-cultural Malaysia.

He prefers to tweet, and enjoys catching cartoonists, Bersih and human rights  activists instead of catching thieves.

If the law was properly enforced, why are lorries and buses which are not road-worthy on the roads, people who have no driving licence driving cars, and drivers  who have convictions for drug-taking and traffic violations driving buses? People who mis-use the emergency lanes, are not given stiff jail sentences, nor heavily fined, and their licences revoked .

Datukships are being “donated” to thugs, gang leaders and people who are obnoxious, arrogant and abusive, who think a Datuk ship permits them to get away with crime, including beating people up, accepting donations and murder.

These people are in charge of public services but their service is far from exemplary. Rude, officious, abusive, petty-mindedness, arrogant are some of the nicer descriptions which the public use, after meeting them.

Do we need our private lives to be controlled by lechers who are taxpayer funded, voyeurs? Dirty old men being paid for by the state to satisfy their perversions.

These include politicians who drive Porsches but tell the rest of the rakyat, to use kapcais, camels or Protons. We want politicians who do not squander taxpayers’ money, or steal from the public purse.

Some of them think that being decked-out in their bling, luxury watches, designer clothes, while driving imported sports cars, enables them to lord it over you. They see no conflict of interest in owning companies which will compromise the official public roles of their mamas and papas.

Especially those who are considered the power behind the throne, and fly from one shopping mall capital, in the world, to another, buying up gems and bags which are so airy, that they can hold many kitchen sinks at once.

What if I don’t want to be PM?

You may not be interested, but you have the power to change how we are run in GE-14.

Use your vote wisely.