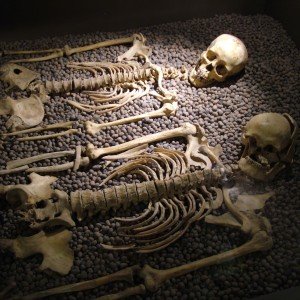 Only one name stands out as an example of good, amongst the filth in the corridors of Putrajaya. That person is Tenaganitaâ€™s former executive director, Irene Fernandez, who died of heart failure in 2014.

In 2008, Irene warned Putrajaya, that for the previous two decades, human traffickers were operating in Malaysia and that something had to be done to save the victims. She said, â€œBurmese refugees are being trafficked, at the Thai-Malaysia border, by the Malaysian law enforcement officials themselves.â€

It was also alleged that people were making an extraordinary amount of money, at the expense of the lives of the migrant workers from poorer parts of South-East Asia, but did Putrajaya care? Of course not!

The website, http://www.pleasedontsaymyname.org/ documents the suffering of Burmese migrants and reported that the US Senate Foreign Relations Committee, had published a report.

The year-long survey, following allegations by refugees, that trafficking of humans for debt bondage, debt slavery and prostitution involved the collusion of police, immigration officials and other government servants.

There is no surprise at the false hand-wringing of the former Perlis Mentri Besar, who now holds a post as a Minister in the Prime Ministerâ€™s Department, Shahidan Kassim, the IGP Khalid Abu Bakar, the Home Minister Zahid Hamidi and the Prime minister, Najib Abdul Razak.

These ministers and heads of departments appear to be in denial about the scale of this scandal, and are trying to avoid the real issue, which is to catch the perpetrators; but this is Malaysia, and the small fish will be found, whilst the big fish, in the corridors of Putrajaya, will escape scot-free.

Something which is as profitable and conducted on a global scale like this will not have escaped some money-grabbing official in Putrajaya. It will be interesting to see who will be chosen as the fall-guy, in the weeks ahead.

In 2009, when the US barked and told Putrajaya to deal with the problem, Najib told the US that border patrols would be increased. This is typical of Najibâ€™s lip service, because the increased army and police patrols, did not detect even one camp of migrants and their captors.

Amazingly, in just 11 days, under the scrutiny of world-wide attention, over the past few weeks, the army managed to discover 139 graves and 28 human-trafficking camps close to the Malaysia-Thai border.

When Shahidan visited the area recently, he said that one camp-site ought to be turned into a tourist attraction. â€œEverything is intactâ€, he said as he expressed astonishment that there was a mosque, a surau and a house for the imam, as well as vegetable plots.

Did Shahidan express sorrow at the lives lost, the brutal deaths, torture, rapes, beatings, unmarked graves, the complicity of the Malaysian authorities, and vow to catch the perpetrators?

When Shahidan was slammed by the public for his insensitive remarks, he used the line which most Umno-Baru politicians use, when they are caught with their pants down â€“ He claimed that he had been misquoted.

One knows why Najib surrounds himself with low calibre ministers like Shahidan. It is a question of relative perceptions. Having Shahidan in his Cabinet makes Najib appear to be as brilliant as Einstein.

During his visit, to the campsite, last week, Shahidan said that the camps were built with some expertise. He said, â€œI call for the police to process this camp fast, to give the people an answer that this camp was not built by Malaysians.

â€œIn my opinion, I donâ€™t think the camps were built by Malaysians, unless they were communists.â€

In the Umno-Baru world of problem solving, only three types of people get blamed, when things go wrong â€“ Opposition Leader Anwar Ibrahim, the communists or the Chinese.

Shahidan said, â€œIâ€™m sure the former communists in our country are too old for this.â€

The camps do not just represent a terrible humanitarian injustice. The camps reflect the failure of the Malaysian government to deal with the tragedy and corruption, from human trafficking, which occurs on a global scale.

Shahidahâ€™s proposed tourist attraction would be a constant reminder of Putrajayaâ€™s incompetence and complicity in this heinous crime.

Shahidan was the Mentri Besar of Perlis from 1995 to 2008. For eight of those years, Mahathir Mohamad was the PM. It would be interesting to know what Shahidan knew of the human trafficking, that was happening under his nose. He would claim he knew nothing. How many other skeletons is Shahidan hiding in his cupboard?

NB: First appeared in FMT on 6 June 2015, under the “Time to Reveal the Skeletons in Putrajaya’s closet.”