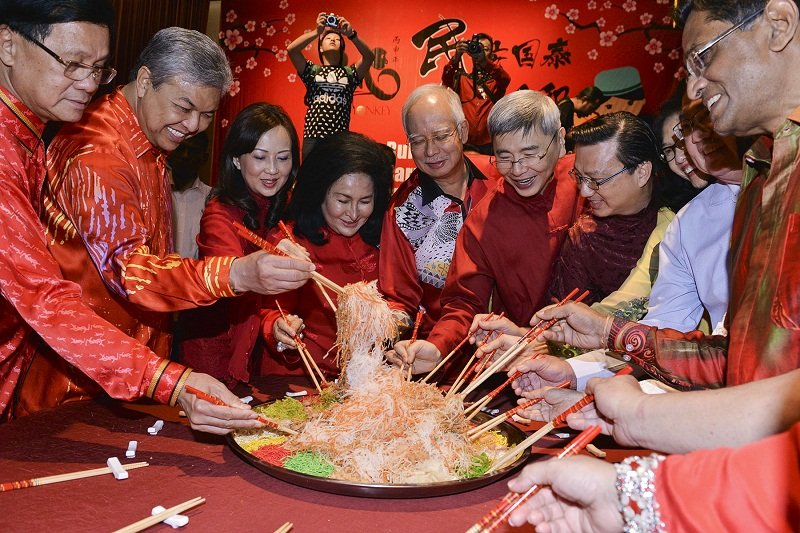 To this day, I still continue what I did as a child, which is to visit friends’ open houses for non-Muslim festivals. Christmas lunches. New Year parties. Deepavali. Reunion dinners on Chinese New Year’s eve and tossing the yee sang two weeks later.

Some time ago, close Chinese friends quietly expressed sadness, that very few Malays, if any, were willing to share the CNY celebrations, and my Indian friends, their Deepavali open houses.

Despite their claims that they would ensure the food was halal, and provide new paper plates and plastic cups, Malays stayed away.

Why are fewer Malays visiting non-Malay open houses for the various festivals?

It appears that the issue is not just with food. Some object to visiting places where there is a shrine. A few refuse to eat off crockery and cutlery that has ‘touched’ pork. Others worry about the content of the soap with which to wash their hands.

Many Malays are oblivious to how their non-Malay colleagues go out of their way to accommodate Malay sensitivities. Sometimes, even the best efforts are in vain.

One friend said, “What is the point of ordering food from a Malay restaurant, and serve it for CNY? The idea is to partake in our celebratory dishes and cakes. We would have ensured that the ingredients were halal. Apparently, that is not good enough.”

When it comes to pot-luck or giving food as presents, non-Malays express frustration that their contributions are refused, even if the non-Malay took great pains to ensure the use of halal ingredients. Rejection of their unappreciated and wasted efforts, is hard to accept.

Official functions are also dominated by Malay intolerance. A friend said that the Malay organisers of a parent-teacher association dinner at a school in Malacca arranged for a restaurant which had the ‘Halal’ accreditation, to cater the function. It would have been a halal Chinese dinner. Unfortunately, the arrangement was cancelled as a few of the Malay parents and teachers objected, because the restaurant owner and his staff were Chinese.

Would these parents kick up a fuss if they were overseas? Are they as demanding when they go on holiday in overseas locations?

Malay intolerance is disrupting national harmony.  Malaysia was once a place which practised a moderate, inclusive brand of Islam, but the radicals and hardliners have corrupted the minds of many Malays.

So, what happened to the tolerance of the Malays, and how did they forget they are living in multi-cultural Malaysia?

The Perak mufti, Harussani Zakaria, once forbade Malays from visiting their friends’ homes, during the festivals.

One hopes that the intolerant Malays can regain their ability to rationalise and recover their Malaysian multicultural identity.