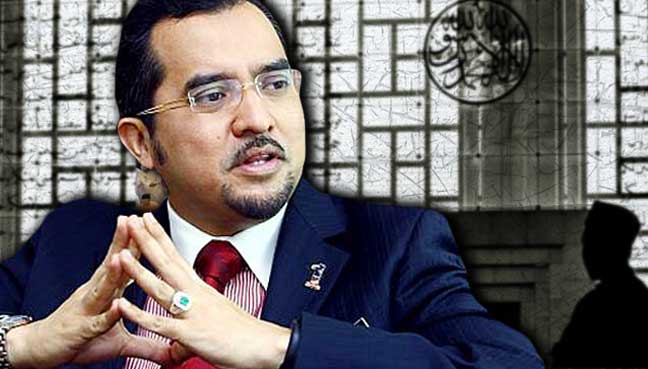 This ongoing debate of whether Malaysia is an Islamic State is really quite irrelevant. Until there is a change in the Constitution any debate on the secularism of Malaysia is . . . only hot air.

What is more relevant (and alarming) is the fact that an UMNO Deputy Minister has openly declared that it is UMNO’s intention to make Malaysia an Islamic State (which by itself is an admission that we are not an Islamic State – not yet). Asyaf Dusuki pointed out that the development of Islam in the last 60 years pointed to that. He is absolutely right.

The facts bear this out.

Islam has intruded into our school system. The doa is now recited at school assemblies, Malay girls now wear the tudung whereas this was not the case even forty years ago. This year alone Rm987 million has been spent for Islamic Education. Rm559 million has been given to Jakim (it is reported that Jakim has a budget of Rm1 Billion). Compared to this how much has been spent on other religions?

Then there is the ‘Allah Issue’, the harassment of other religions by Islamic zealots – the display of crosses or even the suggestion of crosses on roof lines is condemned. The ratio of allocation for places of worship that discriminate against other religions. The list goes on. In short Islamisation of Malaysia has been going on for a long time. The next step is a change in the constitution and the implementation of hudud.

Asyraf Dusuki was not joking when he allegedly said that it is UMNO’s  mission to turn Malaysia into an Islamic State. In fact in 2001 Mahathir Mohammed declared Malaysia an Islamic State. That Mahathir/PPBM has not condemned this open declaration of the deputy minister is very clear where Mahathir stands on this issue.

The arguments about whether we are an Islamic State or not – not withstanding our constitution – is pointless. The facts tell a different story. The signs are clear. 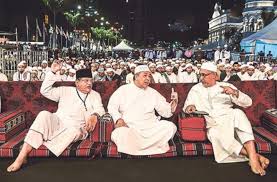 If we cast our minds back we will recall the more benign Islam during Tunku’s time. It was never strident, aggressive nor intolerant. Malays mixed freely with the non-Malays. They visited each other and there was never any question of halal utensils nor inappropriate contacts.

Fast forward to today. Malays don’t visit their non-Malay friends anymore, if they do they will not eat or drink because of the risk of using ‘unclean’ crockery or consume food not sanctioned by the religious department with the halal logo. There is even ‘halal trolleys’ in certain supermarkets.

This march of the Islamists is only possible because the other religions did not resist – until it was too late. UMNO’s partners in government dared not challenge Mahathir’s Islamic State Declaration. The majority of Malays who are largely tolerant have remained silent despite private misgivings about extreme Islam.

However, resistance has come from an unexpected source – the sultans. To be specific, from the Sultan of Johor. His comments on the “Muslims Only Launderette” controversy is a warning shot about how far the religious fanatics can go. Following on this is the order that lectures should not be blared outside of the mosques (which disturb the peace of other residents in the community).

Needless to say the royalty feel threatened by a clergy which has been emboldened by the government in power who is riding on the back of the Islamic Tiger.

The sultans increasingly feel that their positions as ‘Head of Islam’ in their state is coming under threat from the mullahs. The sultans have expressed dismay by recent events, like cancellation of the Oktoberfest, the banning of certain books, and the arrest and deportation of authors and speakers who take a different line to the government’s. The Rulers also feel that the harmonious relations between the different races and religions is being undermined by the zealots.

The monarchy alone cannot stop the march of the Islamists. 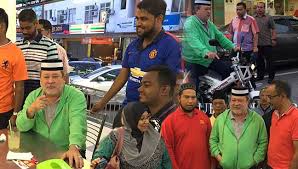 Unless Malaysians (especially the Malays) make a stand against extreme Islam it is not inconceivable we will become an IS state, or practise a Saudi form of austere Islam, or become an Islamic Republic like Iran – the dethroning of the Shah must be in the mind of the sultans.

Obviously the UMNO government  sees Islam as a path to holding on to power that is why it has been supportive of  Islamists – tacitly if not overtly.

GE14 will show whether the march of extreme Islam is checked or furthered. Besides other issues, GE14 is a battle of the Mullahs and extremists against the sultans and the more tolerant and liberal Malaysians.

It will decide if we are an Islamic State – with hudud, or a secular state where all religions are practised without hindrance. 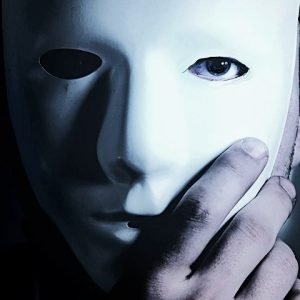