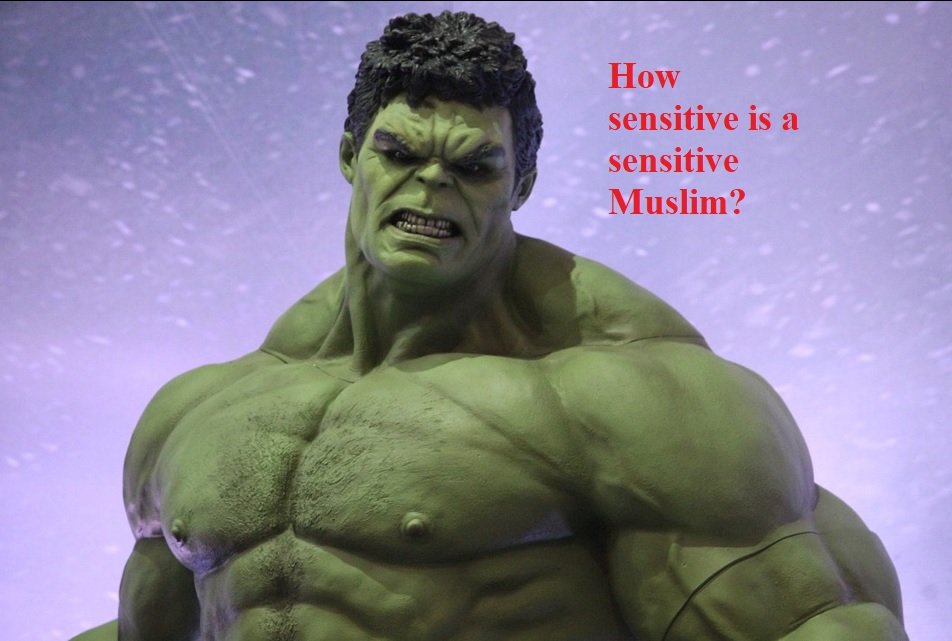 Religious authorities have told Malays that they are very sensitive creatures and that they will react badly to many everyday items. It is a relatively new phenomenon.

A person who is intolerant will react badly to many normal, everyday things, such as touching dogs, wearing items made of silk, not wearing the tudung, holding hands, being in the same house or room with a man who is not a family member, reading some types of books, listening to some types of music or watching certain films, playing stringed instruments, doing ballet, singing Christmas carols, playing choral music and admiring statues in theme parks.

This is what happens after doing the intolerance test

People who have a food allergy, may develop a rash or has a swollen face. The intolerant Muslim becomes swell headed and turns into The Hulk.

He has a complete personality change. He turns green, goes on a rage, trashes everything in his way, waves steering wheel locks at old men, throws slippers at car occupants, drag cow’s heads through town and blames society for not showing him any respect. He demands that both his race and religion are protected. When he becomes this intolerant beast, he is completely irrational and loses all sense of reason.

At one time, Malay girls who were active in sports did not mind wearing shorts, but today this mode of dressing is frowned upon. Now, we concentrate on the attire, rather than a healthy interest in sport.

In years gone by, children were allowed to play amongst themselves. Today, toddlers, are segregated. Little girls are made to wear the tudung and cover their bodies. This segregation probably explains why young Malay adults are not able to relate to one another as normal human beings. Some Malay adolescents, when meeting a person of the other sex for the first time, do not know how to behave. They mistake a natural biological attraction for “love”.

Older Malaysians will remember the joy of the traditional Malaysian “open house”. Today, Malays are reluctant to attend the open houses of their non-Muslim friends. They refuse to eat off plates which may have been “contaminated” by non-halal food.

At school, few non-Malay children dare share the contents of their tuck box with their Malay friends for fear of the teacher punishing them for “polluting the blood of the Muslim child” with non-halal food.

Muslims who holiday or work overseas, are happy to eat from plates in restaurants or dine at the house of foreigners. Back in Malaysia, some Malays behave with extreme fragility. Why the double standard?

Now we have water that is “seditious” and “insensitive” to Muslims because it comes in bottles bearing the image of Lord Murugan next to the halal logo.

In 2015, a children’s playground in Penang, became the target of conservative Muslims, who objected to a children’s ride which looked like a pig. Last month several statues were removed from a theme park in Kedah. When will they target Legoland, in Johore, or the Lost World of Tambun, outside Ipoh?

Last year, the Perak Deputy Mufti, Zamri Hashim, faced a furious public backlash when he said that the statue of an eagle, on the Langkawi waterfront, went against Islamic teachings.

If mere statues can intimidate the Muslim, what must that say about his character, and his faith which seems to be as thin as the wings of a butterfly?

If we don’t deal with this absurdity, the nation will descend into chaos. We do not need the Islamic State (IS) to destroy our statues. We have our own home grown vandals.

Older Malays were not afflicted by this extreme intolerance. So, has modern living made the Malays more fragile?

The truth is that when a lie is repeated often enough, people end up believing it. 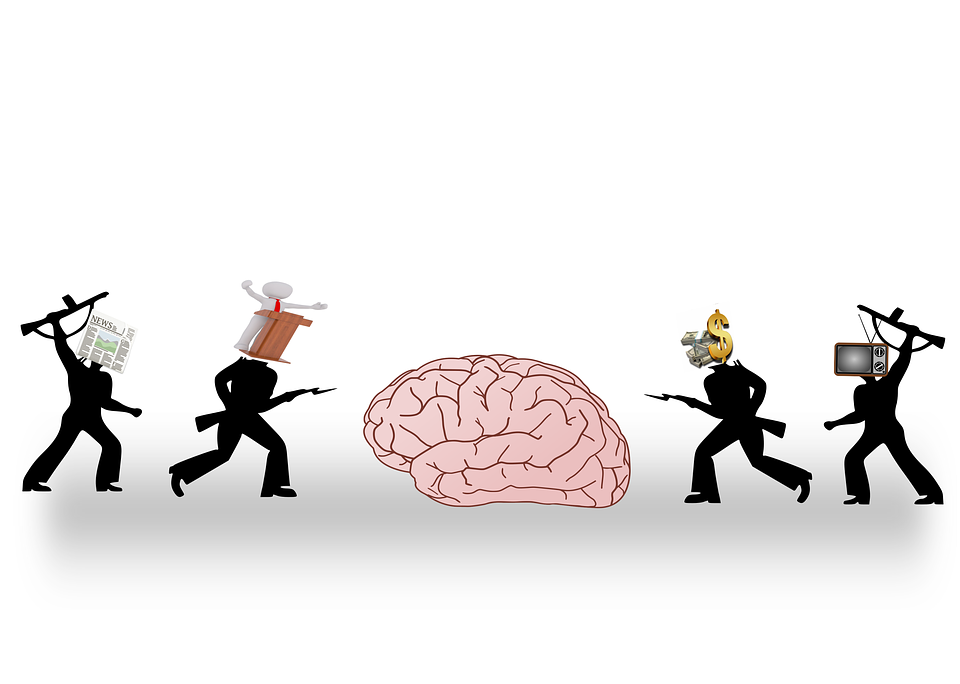