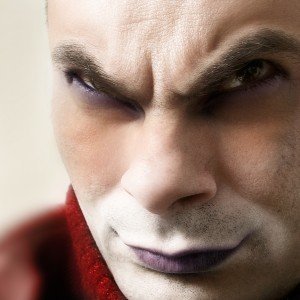 Recently, Mahathir delivered a salvo of contradictory and hypocritical statements. He said the Malays were lazy, lacked discipline and liked to steal. His remarks were based on his experience in his bakery, The Loaf. His remarks about the Malays, are a stark contrast to his usual message, which he first started to deliver, to the Malays in the 70s.

The Malays bought Mahathirâ€™s story, but today, when the country is facing a total breakdown of its economy, its ability to attract foreign investment, its social cohesion, its security along with a decline in morality and values, Mahathir chides them for having no sense of shame, guilt or work ethics.

Are the derogatory comments about the Malays and the attacks on Najib Abdul Razak, a prelude to the Umno-General Assembly later this year?

Mahathir sees himself as the Malay saviour, but time is not on his side. He needs to install his son Mukhriz, as the second messiah. He fears that if he is unable to push Mukhriz into the limelight, he will lose the Mahathir legacy. This will mean the dismantling of the empire which he amassed during his 22 years of power.

Last year, Mahathir warned that Umno would die if it kept the stupid and old leaders. He told the party to elect younger leaders who are nationalistic, presumably meaning Mukhriz. This year, we have heard very little about Mukhriz. In the world of politics and celebrities, no news is bad news.

Last year, Mahathir accused the present leaders of preventing smarter people from ascending through the party, and said that they should not overstay their welcome. He ignored the fact that he had steadfastly clung to power for 22 years and was not averse to disposing of his deputies.

Mahathir made billionaires out of his cronies but ignored the average Malay, who cannot stump up the money to buy a modest home, despite the New Economic Poilicy (NEP). Today, he has the cheek to say that Malays are lazy. The next minute, he tells them that they must not give up the NEP.

Mahathir is giving out mixed messages and talking like a man who is terribly confused. Are we seeing the end of the Mahathir legacy?

(NB: Please feel free to share your views, even if you disagree. )

(With excerpts from The AntDaily)